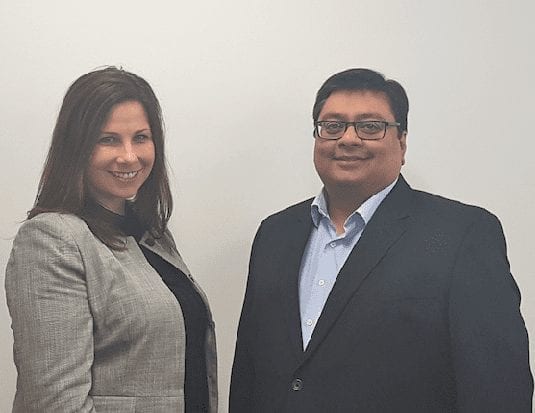 Wakefield Canada has announced the creation of two separate sales divisions and along with them, new executive appointments.

The creating of Consumer and Commercial & Industrial sales follows Wakefield’s first full year of operating the Castrol industrial business and is part of Wakefield Canada’s strategy in continuing to grow its business in the industrial and commercial sector while reinforcing its leadership on the consumer side.

Shannon Spano joined the Wakefield sales team in 2006. In her most recent role as Retail Sales Manager, Spano has developed strong relationships and deep knowledge of key partners, which opened new and exciting opportunities for Wakefield, delivering consistent year over year growth for customers.

Hasan Zobairi has been with Wakefield in 2015. In his most recent position as National Sales Manager, Commercial Sales, Zobairi helped build a clear roadmap and strong foundation for the commercial channel business. He was instrumental in the recent Castrol industrial business transition.

“Shannon is a trusted leader, highly respected within Wakefield and also by our trading partners which has resulted in strong strategic business partnerships which are mutually valued,” said Dave Fifield, President, Wakefield Canada.

“Hasan has almost 20 years of sales and marketing experience within the business which has included his work with BP Lubricants in Saudi Arabia. With his expansive knowledge and expertise, I can’t think of any one more qualified to lead our new commercial and industrial sales division,” said Fifield.