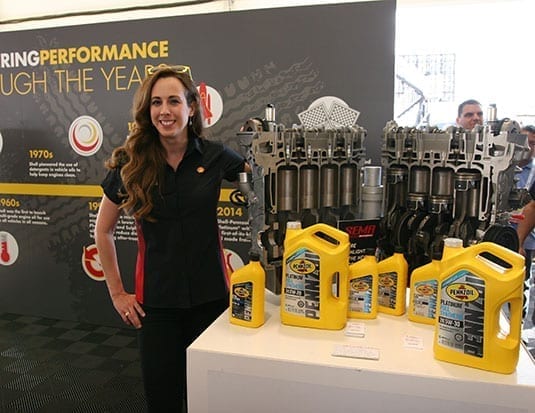 A graduate of Mechanical Engineering at Texas A&M University in the U.S., Simmons trained as a Research Engineer and has developed a deserved reputation for communication excellence regarding technical information on key automotive components, as well as the ability to explain them in clear terms.

Her role is to provide technical support for Shell’s customers related to motor oils for passenger cars and light trucks, transmission fluids, and fuels. This technical support extends to product training, product launches, troubleshooting as well as delivering educational materials through various communication channels, including a growing series of highly regarded YouTube videos. CarCare Business caught up with her and asked her about the changes happening in automotive engine technology related to motor oil and the impact for aftermarket service providers and their customers.

CARCARE BUSINESS From your perspective, what are the current Corporate Average Fuel Economy regulations having on oil formulations and viscosity?

SHANNA SIMMONS A typical passenger car engine today, such as the Ford EcoBoost direct injection, turbocharged four-cylinder makes roughly the same amount of horsepower (around 250) as did a big-cube V-8 back in the 1970s. In order to do that, however, the EcoBoost requires features such as a high compression ratio and variable valve timing, along with direct injection and turbocharging. This means that it will run hotter than engines typically have in the past— around 230 °F (110 °C) versus 212 °F (100 °C). And with the turbocharger heating up to 400 °F (204 °C), it requires a more advanced oil formulation to prevent thermal breakdown. Using a synthetic motor oil with a natural gas derived base oil enables better low and high temperature performance, so it works well on modern engines that have very tight tolerances and turbocharged engines that generate a lot of heat.

CCB From a service provider perspective, it seems that we almost have two opposing camps, tighter tolerances, and thinner viscosities and turbocharging with more heat that traditionally requires higher viscosities. Can you explain a little about what’s right for which application?

SS Lower viscosity oils tend to be associated with improved fuel economy. It is a lot easier for an engine to pump a lower viscosity oil through the passages since there is less resistance, but the engine also has to be designed to do that. For example, Toyota’s latest Camry is factory filled with a 0W16 motor oil. To get such a low viscosity requires having a synthetic base oil, otherwise, the oil will break down and evaporate. When it comes to turbocharging, higher viscosity oils are needed. Common oils for these due to high temperatures and bearing pressures tend to be 5W30s though some manufacturers, such as BMW, will go as low as 0W30, though you won’t likely see much lower viscosities than that.

CCB For service providers, what strategies can they use to build rapport with their customers when it comes to the type of oil to use and also the frequency of oil changes?

SS Modern engines are designed to operate with a specific viscosity grade, engine specification and drain interval. The best strategy is to always follow what the OEM recommends for that vehicle. Beyond that, the customer’s driving style, frequency, and type of driving all have an impact. Often, many people think that a short drive around town doesn’t constitute as severe use, but it does because the engine is constantly going from one different lubrication regime to another, which impacts the bearings and moving parts. Stop start driving, therefore, requires more frequent drain intervals than somebody who is doing a lot of highway miles.