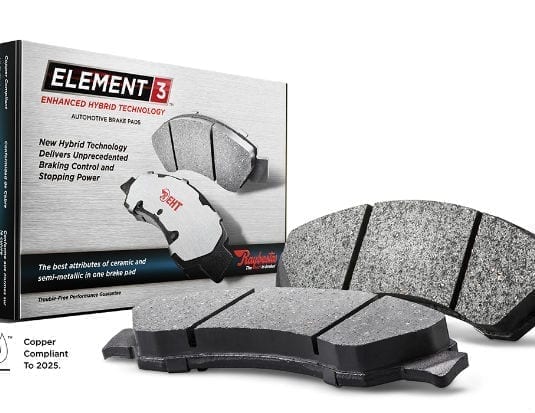 She has won a Chevrolet City Express LT cargo van and $2,000 for the business, plus $500 for herself.

“We would like to congratulate Karolyn Hayes as the winner of the Raybestos Delivers Sweepstakes,” said Kristin Grons, Marketing Manager, Brake Parts Inc. “Alder Auto Parts is a strong supporter of Raybestos so we know the van will be put to good use as they deliver Raybestos premium brake products to their customers. We also thank all of our distributor customers that participated in this exciting promotion. It was a great success and we look forward to running similar programs in the future.”

Alder Auto Parts is a family operation with four stores in the lower mainland of British Columbia. John Feddersen started the business in 1978 with two stores, one in Aldergrove and the other in Port Kells. In 1998 a third store opened in Cloverdale and 10 years later a store opened in White Rock. In the mid-2000s they joined Uni-Select and have been a member since.

To qualify for the sweepstakes, auto care industry professionals employed by a warehouse distributor, jobber or parts store that sold 25 units of Raybestos Element3 EHT or PG, Specialty or Reliant brake pads, Opti-Cal or RPT Rust Prevention Technology calipers or RPT Rust Prevention Technology or Advanced Technology rotors between Oct. 16 and Dec. 15, 2017, received an entry into the sweepstakes.