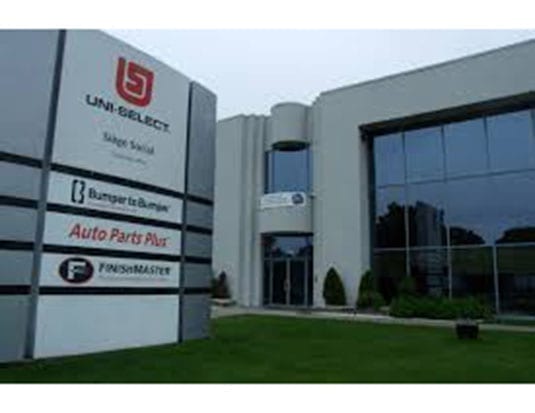 Uni-Select Inc. has reported its financial results for the fourth quarter and the year ended December 31, 2017.

“Our fourth quarter performance was mixed. While our consolidated sales and adjusted EBITDA increased by 42.6% and 10.4% respectively, mainly driven by acquisitions, we continued to work through some challenges at FinishMaster US. This segment was impacted by the residual effect of the product line changeover, severance related to the 20/20 initiative and other elements. Conversely, our Canadian business performed well with continued sales and margin improvement, driven by solid organic sales growth (1) and the contribution of recent acquisitions. Finally, as expected, our newly-acquired UK operations had a seasonally slow quarter, however, delivered robust organic sales growth and also implemented the 20/20 initiative as planned,” commented Henry Buckley, President and Chief Executive Officer of Uni-Select.

“We look forward to 2018 with optimism. We hold strong leadership positions in our three geographic markets, which offer significant opportunities for profitable growth and value creation for our shareholders. Our priority for 2018 is to drive organic sales growth, progressively throughout the year, adding select acquisitions while realizing the benefits of our 20/20 initiative and continuing our disciplined approach to expense management, driving improved operating results.” added Henry Buckley.

Fourth Quarter Results
Consolidated sales for the fourth quarter were $415.0 million, a 42.6% increase compared to the same quarter last year, driven by the sales generated from recent business acquisitions, adding sales of $117.6 million or 40.4% of which The Parts Alliance UK segment represents $93.0 million or 32.0%. As well, the Canadian Automotive Group segment delivered an organic sales growth of 1.5% net, or 5.9% excluding the loss of an independent member at the beginning of the year. Consolidated organic sales were also affected by the product line changeover in the US. Without these two impacts, the consolidated organic sales would have been approximately 1.9%.

The Corporation generated an EBITDA and EBITDA margin of $25.9 million and 6.2%, respectively. Once adjusted for net transaction charges related to The Parts Alliance acquisition, EBITDA was $28.0 million (or 6.7% of sales) for the quarter, compared to $25.4 million (or 8.7% of sales) in 2016, an increase of 10.4%. The adjusted EBITDA margin decreased by 200 basis points and was impacted by The Parts Alliance UK segment. Excluding these operations, the variance is explained by a revenue mix impact and lower special buys in the FinishMaster US segment, severance in relation to the 20/20 initiative and ongoing investments required for the corporate store initiative in Canada. These impacts were partially compensated by a reduction of the performance-based compensation and by lower information technology expenses in relation to the internalization of the servers.

Net earnings and adjusted earnings were respectively $8.7 million and $11.6 million. Adjusted earnings decreased by 11.1% compared to the same quarter last year, and were impacted by additional depreciation and amortization as well as finance costs, all related to recent business acquisitions and investments in capital.

The FinishMaster US segment recorded sales of $199.0 million, up 10.1% from the same quarter in 2016, supported by recent business acquisitions representing a growth of $19.1 million or 10.6% and offsetting the impact of the product line changeover. EBITDA for this segment was $19.6 million, compared to $21.7 million in 2016. The EBITDA margin decrease of 210 basis points is the result of lower special buys in the current quarter, an evolving customer mix as a result of recent business acquisitions that have higher multi-shop owner customers and for which discounts are more significant, unexpected workers’ compensation and medical benefits expenses, and severance as part of the 20/20 initiative. The reduction of the performance‑based compensation partially offset these factors. The FinishMaster US segment is working on organic sales growth initiatives coupled with productivity improvement and the 20/20 initiative.

Sales for the Canadian Automotive Group segment were $123.0 million, compared to $110.2 million in 2016, an increase of 11.6%, a result of the recent business acquisitions, the strength of the Canadian dollar and the organic sales growth of 1.5% (or 5.9% excluding the loss of an independent member earlier this year). This performance is a combination of sales growth from independent customers as well as from the BUMPER TO BUMPER auto parts and the FINISHMASTER paint body and equipment stores in Canada. The EBITDA margin improvement of 10 basis points is mainly related to optimized buying conditions from increased volume, a product line changeover incentive and lower information technology expenses. These factors were partially offset by ongoing investments required in relation to the corporate store initiative and severance related to the 20/20 initiative. Once the integration of the corporate stores and the implementation of the new point of sales (“POS”) system will be completed, additional synergies and efficiency are expected.

The Parts Alliance UK segment recorded sales of $93.0 million and EBITDA of $3.7 million (or 4.0% of sales). Its company-owned store model generates a higher gross margin than the other segments while requiring a higher level of employee benefits and operating expenses. The EBITDA margin is partially explained by seasonality as December is one of the weakest months of the year, coupled with severance related to the 20/20 initiative. This segment opened 2 greenfield stores during the quarter and generated, on a stand-alone basis, 3.7% organic sales growth during the quarter.

Twelve-month Period Results
Consolidated sales for the twelve-month period were $1,448.3 million, a 21.0% increase compared to the same period last year, driven by the sales generated from recent business acquisitions, resulting in additional sales of $279.7 million or 23.4%. The Canadian Automotive Group segment generated positive organic sales growth of 3.9% despite the loss of an independent member earlier this year, while the FinishMaster US segment was affected by the product line changeover and the hurricanes. Without these headwinds from both segments, the consolidated organic sales growth would have been approximately 2.4%.

The Corporation generated an EBITDA of $110.8 million, while adjusted EBITDA amounted to $117.5 million, representing an increase of 9.2% compared to the same period last year. Adjusted EBITDA margin decrease of 90 basis points is mainly attributable to a different business model and seasonality in The Parts Alliance UK segment, which includes its two weakest months of the year, August and December. Once these operations are excluded, the remaining variance is explained by a lower absorption of employee benefits and fixed costs, severance, as well as investments in the corporate store initiative in Canada. These elements were partially compensated by optimized buying conditions, a reduction of the performance-based compensation and lower information technology expenses.

The FinishMaster US segment recorded sales of $814.6 million, up 8.2% from the same period in 2016, strengthened by the recent business acquisitions, representing a growth of $113.8 million or 15.1%. The product line changeover and the hurricanes impacted sales by approximately 6.1%. EBITDA for this segment was $91.3 million compared to $93.4 million in 2016. EBITDA margin decreased by 120 basis points, resulting from a lower absorption of fixed costs in relation to the organic sales growth and the impact of the hurricanes as well as an evolving customer mix, a result of recent business acquisitions that have a higher percentage of multi-shop owner customers, for which discounting is more significant. Special buys realized during the first semester and a reduction of the performance-based compensation partially compensated these negative elements. Since the beginning of the year, the FinishMaster US segment expanded and enriched its network, enlarging its footprint and reinforcing its position in major markets with 4 business acquisitions and adding 3 greenfield stores.

Sales for the Canadian Automotive Group segment were $484.9 million, compared to $444.5 million in 2016, an increase of 9.1%, equally driven by a solid organic sales growth and recent business acquisitions. This segment’s sales performance is related to both its distribution centres and corporate stores, overcoming the loss of an independent member at the beginning of the year, which impacted sales by 4.0%. The EBITDA margin increase of 40 basis points compared to 2016 is mainly derived from improved buying conditions in relation to the sales growth, lower information technology expenses and an improved performance in the paint, body and equipment (PBE) program. These factors were partially offset by a higher performance-based compensation, in line with the results of this segment.

The Parts Alliance UK segment recorded sales of $148.7 million and EBITDA of $6.0 million (or 4.0% of sales) in the 5 months since its acquisition. Sales are slightly seasonal for this segment, notably in relation to vacation and holidays, with August and December being the weakest months of the year. This partially explains the EBITDA margin for the period, coupled with a payroll increase during the summer and severance related to the 20/20 initiative. The Parts Alliance UK is in the process of integrating its acquired stores’ operations and of maximizing their contribution.

The Light at the End of the Tunnel Has A Dimmer Switch!