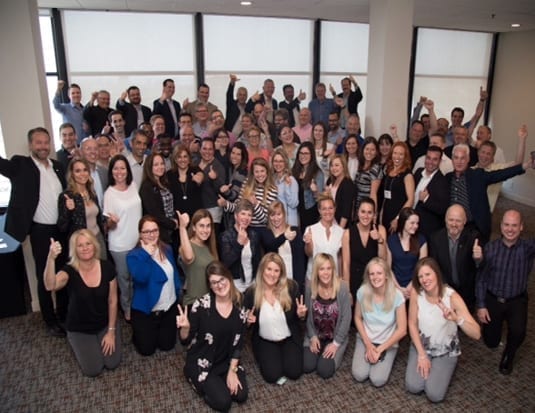 A look back at some of the significant developments over the last 12 months.

As we begin another new year, it’s perhaps time to reflect on some of the major happenings in the aftermarket during 2017. Here, CarCare Business picks a list of significant products and events that took place last year.

Until this point in time, LIQUI MOLY supplies had been delivered to Canada in canisters of up to 20 litres in capacity. Canada represented one of the very first markets outside of Germany in which the company chose to offer bulk supplies. The advantages? Bulk supplies make it easier to access lubricants than using canisters, plus the result is greater storage efficiency and reduced waste.

Sometimes you’ve gotta do what you’ve gotta do! On February 20, Total Canada CEO Franck Bagouet and Marketing Project Manager Alice Sambath, set out on a special expedition to test Total’s lubricants in extreme winter conditions. Not only was this a chance to prove the durability of quality products—it also represented a personal challenge for Bagouet to conquer the infamous roads in Canada’s Northwest Territories. The trip was a standout success.

The aftermarket is a tough business, so for any company to survive and thrive for more than three decades is no mean feat. In March, Speciality Sales & Marketing was able to claim just that, celebrating 35 years in business. Our congratulations to Ken Coulter, John Vanstone and the team at SS&M for achieving this very significant milestone.

Pro-Oil Change, which is part of the Driven Brands family of automotive service providers including Meineke, Maaco and CARSTAR, announced a major revamp of its Pro-Oil Change facilities in Canada. This included a partnership with Chevron/Havoline; which became the single source supplier for all Pro-Oil Change locations. Other changes included a revamp of locations with new branding and improved service and waiting areas, plus an emphasis on competitive pricing and the ability for store owners/managers to efficiently track and manage inventory.

Founded in 1959, Maslack Supply has grown to become one of the premier automotive jobbers in Ontario and a major powerhouse in the Northern Part of the province with 12 locations and over 200 employees. In recognition of outstanding achievement, AIA Canada bestowed 90-year old company founder (and living legend) John Maslack with the Distinguished Service Award. From day one, Maslack’s mission was founded on the principle that the customer was the most important person in the business.

Following from the 2016 announcement that Fix Auto had acquired the Prime CarCare Group (which included Speedy Auto Service, Minute Muffler & Brake and Novus Glass) the entire Fix Automotive Network gathered in Ottawa for a special event in 2017. Not only did this opportunity provide a look back at notable achievements for the group, but also focused on a plan outlined by CEO Steve Leal for the future of this progressive and rapidly growing automotive service and collision network—a plan that includes a full-suite of quality aftermarket carcare services for every motorist.

As if perhaps to symbolize the growing synergies between the mechanical and collision segments, NACE and Automechanika combined to deliver the first collision and mechanical industry tradeshow/conference under a single roof. Widely promoted with an impressive array of vendors, workshops and seminars, attendance numbers didn’t quite live up to expectations first time out. Nevertheless, this milestone event set the stage for future tradeshows of this nature, providing a great opportunity for knowledge exchange and business opportunities across both segments. It’s returning for 2018, though this time, will take place in Atlanta, Ga.

Now this was an interesting one. Take one quirky instructor and a class of various people who are put in some unusual situations regarding defensive driving, make a video campaign of it and share it with the wide world. The Defensive Driving 101 Series, which ran from August through December garnered over 1.3 million views on social media and was recognized as the best business to consumer social medial campaign by Women in Auto Care.

In effort to help service technicians keep up with the bewildering advancement of vehicle features and technology, AAPEX created an all-new Service Professionals Summit. The event was specifically designed for technicians and included a panel discussion that focused on specific issues impacting the service bay, along with a Technology and Telematics Forum. Announced in September, the event took place during AAPEX on November 2 in Las Vegas.

Shop Management Software provider GEM-CAR teamed up with Digital Inspection firm AutoServe1 to launch GEM-CHECK. This new program was designed to allow technicians to conduct complete vehicle inspections using a tablet or smartphone. The ability to incorporate photos and videos into the inspection process was a significant development allowing shops that embarked in using the software to see an increase of 15-30 percent in repair orders and up to $20,000 per month in additional revenue.

Tire Changing is often one of the simplest, yet most misunderstood aspects of service shop operation, one that can consume excessive time and lead to significant CSI concerns. Hunter’s Revolution Tire Changer with Walkaway feature was designed to reduce operator effort while at the same time improving accuracy. Combined with wheel balancing, Walkaway operation can provide technicians up to 25 percent time savings when it comes to changing and balancing tires. So significant is this technology, that it garnered a Global Media Award at the 2018 SEMA Show in Las Vegas.

To help combat the growing problem of poor quality, counterfeit lighting products, Lumileds launched the Philips Xenon HID Anti-Counterfeit Program. Among its multi-faceted efforts, this program also includes a Philips Certificate of Authenticity on each package that includes a holographic seal, label ID, security and QR Code that can be authenticated at Philips.com/original. Tamper evident seals are also included on each package. Poor quality counterfeit aftermarket parts cost the aftermarket billions each year and the Philips initiative represents a major thrust in tackling this problem.