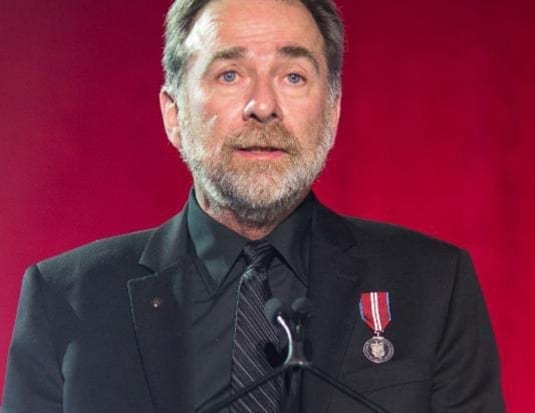 Members gathered from across Canada to celebrate 75 years of the Automotive Industries Association (AIA) of Canada and honour industry leader Sean Corcelli as this year’s second recipient of the prestigious AIA Distinguished Service Award.

Each year, the AIA Distinguished Service Award is presented in recognition of distinguished service and outstanding leadership given to the growth and development of Canada’s automotive aftermarket industry.

“In 2012, Sean was a recipient of a Diamond Jubilee Medal presented by AIA Canada to exceptional Canadians from the automotive aftermarket industry.It is with great honour to acknowledge Sean as an active member within the industry and dedicated volunteer with various charities in his community as well as the AIA High Fives for Kids Foundation,” noted Jean-François Champagne, President, AIA Canada.

Following the wildfires in Fort McMurray in 2016, Sean Corcelli was instrumental in raising over $10,000 to support The Justin Slade Foundation, a registered non-profit organization based in Fort McMurray, which provides youth with organized programs, community engagement, and valuable opportunities.

Sean Corcelli’s career began at Uni-Select in 1980 as Warehouse Manager, Calgary for Acklands Ltd., and his participation in the industry continued to accelerate through his support of AIA Canada. In 1998, as an active member of the Northern Alberta Division, Sean Corcelli contributed in the Division’s recognition as the AIA Most Improved Division and the following year when Sean Corcelli was Chair of the Division, the Northern Alberta Division was named the AIA Division of the Year.

Sean Corcelli also served on the AIA National Board of Directors from 2000 to 2003 and was AIA Chairman of the Board in 2002. After a long and successful 37 year career in the aftermarket, Sean Corcelli retired earlier this year as Regional Vice President, Prairies Division. AIA Canada would like to thank Sean Corcelli for his commitment to the growth and prosperity of the industry and wishes Sean a fulfilling retirement.