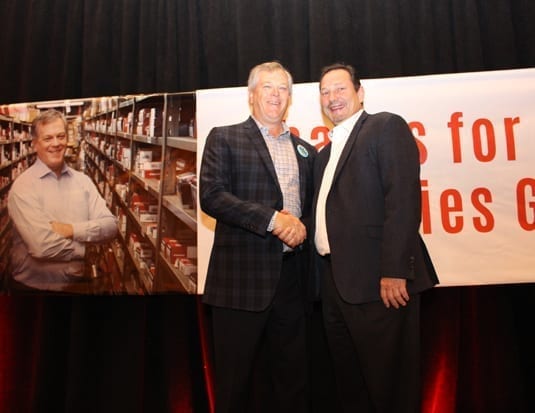 Brent Windom, who took over from O’Connor on July 3, opened the special ceremony and paid homage to the outgoing president, in front of O’Connor’s wife and daughters.

O’Connor, who officially retires at the end of 2017, also got a chance to share some memories from colleagues and friends in the industry.

Larry Pavey, Robert Pitt, John Gethin and Wayne Maunula took turns, talking about O’Connor’s exceptional leadership; how he was able to build teams and how his passion and commitment to the industry, along with his mentorship skills, proved to be a inspiration for many.

In closing, Brent Windom remarked: “Gary has done a great job all these years and shown tremendous generosity and enthusiasm. If I could have a bigger brother, I’d very much like it to be him.”