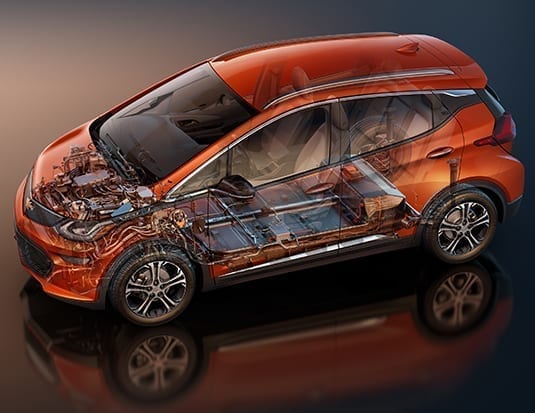 Taking a look at the cars and infrastructure choices available.

Every day, we hear more and more about Electric Vehicles and no doubt, some of you are probably already seeing EVs in your service bays. So, who is buying these vehicles and how will that impact you at the service provider level? In a two-part column we’ll take a look at some of the EVs available today, who is buying them and the subsidies on offer. We’ll also have a look at some of the charging options on offer and what benefits they can deliver for service providers that service EVs.

Most independent reports reveal the profile of electric-car owners as affluent people who want to wean the nation off oil and are not (and don’t have to be) terribly concerned about the high purchase price of the current crop of plug-in vehicles.

Today, however, there are some increasingly affordable options for plug-in and electric vehicle buyers in Canada. The 2017 Chevrolet Bolt EV was named 2017 North American Car of the Year. It’s affordably priced—starting at $42,895 (before incentives) and can go an estimated 383 km (238 miles) on a full charge.

The next-generation 2017 Chevrolet Volt extended range EV offers up to 85 km (53 miles) on a full charge and is priced starting at $38,590 (before incentives).

Over at Ford Motor Company, the Ford C-MAX Hybrid Energi plug-in hybrid starts at $35,119 and gives you the option of plugging in for a recharge or not. The C-MAX Energi combines a lithium-ion battery and electric motor with a gasoline engine. The plug-in capability allows you to fully charge the vehicle in about 2.5 hours, using the available 240-volt home charging option, or overnight, with the standard 120-volt convenience cord. EV Mode lets you choose electric only, gasoline only, or a combination of gas and electric.

Chrysler’s new Pacifica plug-in hybrid minivan (the first of its kind) will have a pre-tax base price of $56,495 and will feature a total driving range of 850 km (531 miles) and up to an estimated 48 km (30 miles) on pure electric power.

Recognized as a unanimous choice among many auto industry pundits, the Tesla Model S can, depending on the specification and battery, achieve a range of 424 km (265 miles) on a single charge. Unlike the Bolt and Volt, the Model S is a luxury item, priced from $94,650 to $186,200.

The federal government’s current EV subsidy is between $6,000 and $10,000 depending on the price of the vehicle. For vehicles costing between $75,000 and $150,000, the subsidy is limited to $3,000 given that someone who can afford one is seen as not needing much in the way of financial assistance.

For EVs to catch on with a wider audience, there also needs to be an improvement in infrastructure, including the number of charging stations outside the home. For those that already use EVs and charging systems, the savings can be significant over a conventional car.

Data from J.D. Power shows that the average electric vehicle owner saw only an $18 monthly boost in utility bills from recharging, compared with the $147 a month they would have paid for gasoline to drive the same distance. Also, half say they charge their vehicles away from home and when they do, it’s a place where they’re not charged for the electricity.

Of course, once you have made the decision to go green and purchase an electric vehicle, you’ll still need to juice it up on a regular basis. And then of course, it comes down to which charger to purchase. There are a number of different ones on the market and next month, we’ll take a look at some of them.