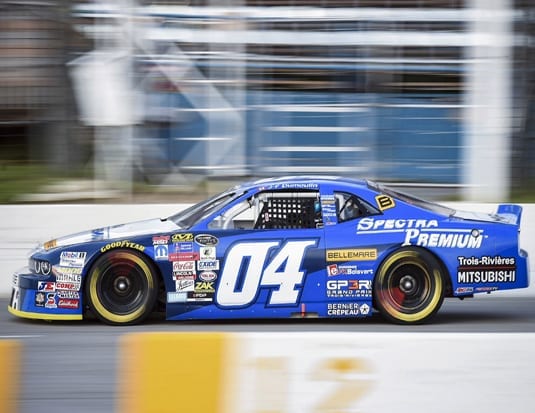 Having to contend with an unfamiliar circuit, Dumoulin, who moved from fifteenth up seventh place by the last lap, said the team has reached its goal of finishing close to the top five. The car, which utilizes Spectra Premium NSCR 100 series radiator has already proven to be a reliable mount both in practice and under racing conditions.

Although race conditions were dry, the event was hampered by five cautions, including one red flag. Dumoulin, who was able to avoid any collisions, said that Delaware Speedway “is a track with a lot of character, including two completely different turns. The starting strategy was updated, and we acquired enough data to optimize the settings for upcoming oval track races. Finishing in seventh allowed us to rack up important points in the championship and to continue on the right path.”