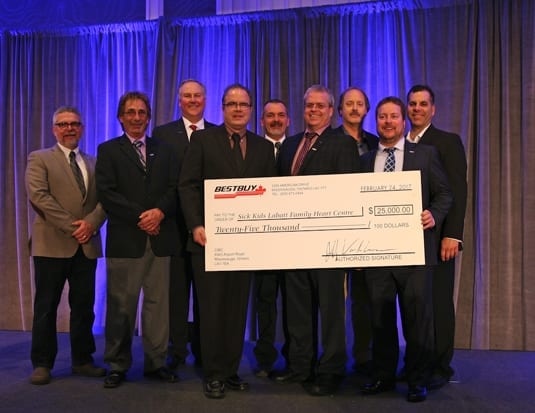 As always, the event proved to be a major attraction for Canada’s automotive aftermarket industry, with attendees traveling from across the country to be at this annual staple event.

During the awards dinner following the AGM on February 24; Bestbuy Distributors announced its newly elected board of directors, as well as a $25,000 donation to Sick Kids Labatt Family Heart Centre. During the annual awards gala and dinner, Bestbuy members and industry suppliers were also recognized for their achievements over the past year.

Following the ceremony, the audience was treated to some very lively and funny entertainment courtesy of Canadian stand-up comedian Derek Edwards.

The tradeshow, which took place at Bestbuy’s expansive warehouse facilities at 3355 American Drive in Mississauga, Ont. on February 25, witnessed a whole raft of vendors displaying their wares. These ran from sensors and accessories, to fuel system components, brake parts; suspension and ride control items, as well as software management systems and training/education programs. Here’s a look at some of the highlights.