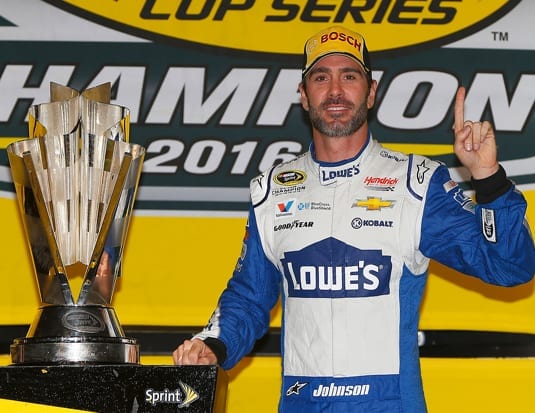 Established in 2015, Bosch Giving Track provides charitable contributions to deserving organizations that are important to the motorsports community.

Through the Giving Track program, Bosch will contribute $1,000 to a team-specified charity each time one of its sponsored drivers scores a 2017 Monster Energy NASCAR Cup Series victory. Winning teams from Hendrick Motorsports, Joe Gibbs Racing, Richard Childress Racing and Team Penske are eligible to earn contributions for their selected charities.

“The NASCAR community extends beyond the garage bays, pit row and even victory lane. It’s a series that takes great pride in support from their fan base, and in returning that support to fans at the same time,” said Tony Pauly, Director of Advertising and Brand Management for Robert Bosch, Automotive Aftermarket NA. “Through Giving Track, Bosch upholds our core philanthropic values to lend our hand to the NASCAR community and contribute to team charitable efforts.”

In 2016, contributions from Bosch Giving Track reached many deserving organizations, providing a total of $30,000 to further their missions to benefit those in need, creating a positive impact in the motorsports community. As the top contribution earner last season, Jimmie Johnson secured funds to support his charity of choice, Together We Feed, an organization focused on feeding and caring for children living in poverty.

Bosch involvement in motorsports dates back to the early 1900s, and it has been equipping NASCAR teams with parts and technical advice since 1991. In 2012, when NASCAR made the move from carbureted to fuel injected engines, Bosch became the sport’s exclusive oxygen sensor supplier. In 2016, Bosch renewed its relationship with NASCAR and expanded its marketing rights to include fuel injectors and fuel pumps.