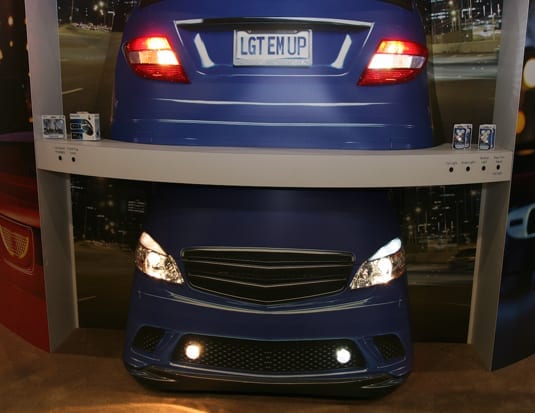 The Philips Xenon CrystalVision ultra bulb produces a beam that is significantly brighter and whiter than standard Xenon HIDs, an aspect that was illustrated during a special display at AAPEX 2016.

While standard HID lights typically feature a colour temperature of 4300K, Xenon CrystalVision HIDs features a colour temperature of up to 5000K. They are designed to deliver an intense light output while producing a crisp bright white light for drivers who are looking to customize their vehicles. The brilliant, white light is also seen as an ideal colour match for vehicles equipped with exterior LED lighting.

Aubry Baugh, Marketing Communications Manager for Lumileds, noted that, “the Philips Xenon CrystalVision ultra bulb allows drivers to take their HID lighting to the next level. It brings high-tech style and superior performance to vehicle lighting.”