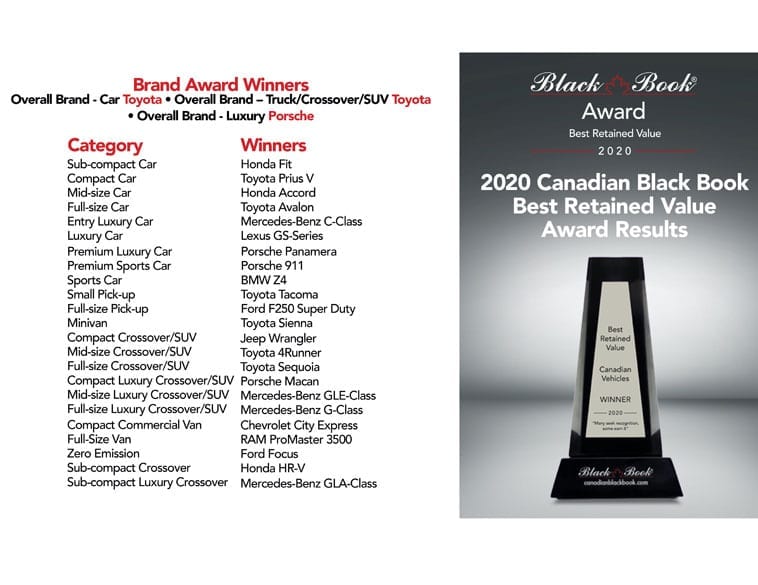 And the winners are… (Photo: CBB)

Annual awards analyze every four-year-old models in Canada, in 23 segments.

Canadian Black Book Best unveiled the winners of the the 13th annual Retained Value Awards. One of the surprises this year is that four year old vehicles (2016 model year) held a record 57% of their original MSRP, industry wide. The previous record year was set in 2018, which saw 53% value retention across all 2014 vehicles in Canada.

“Overall we are seeing a very positive trend in vehicle depreciation over the past few years. That is simply to say, in general, vehicles today are better at holding value than they were in years past,” says Brian Murphy, VP Research & Analytics at Canadian Black Book. “Our Best Retained Value Awards are our way of making these trends in depreciation public knowledge.”

For 2020 the vehicle that held the most amount of MSRP over the last four year is the Toyota Tacoma at 77%, in the ‘Small Pick-up’ category. In second place was the Mercedes-Benz GLE-Class in ‘Full-sized Luxury Crossover/SUV’ at 75% of original MRSP. The Jeep Wrangler came in third at 73% in ‘Compact Crossover/SUV.’ 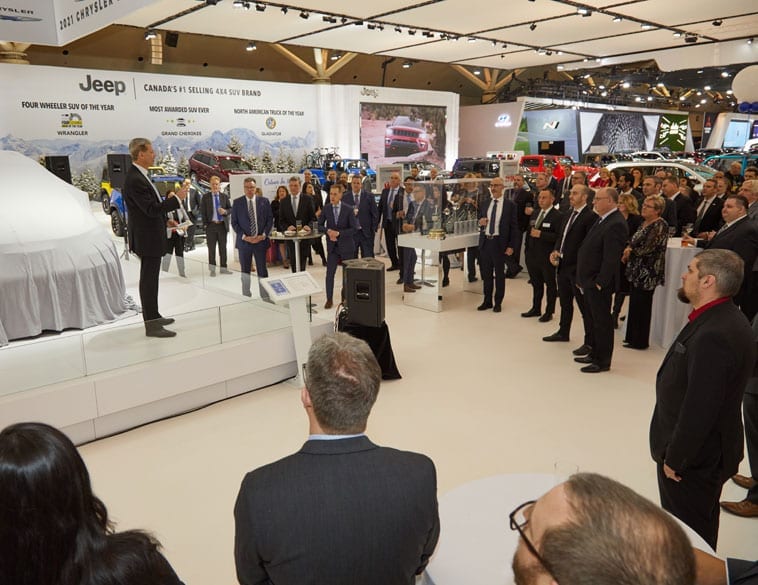 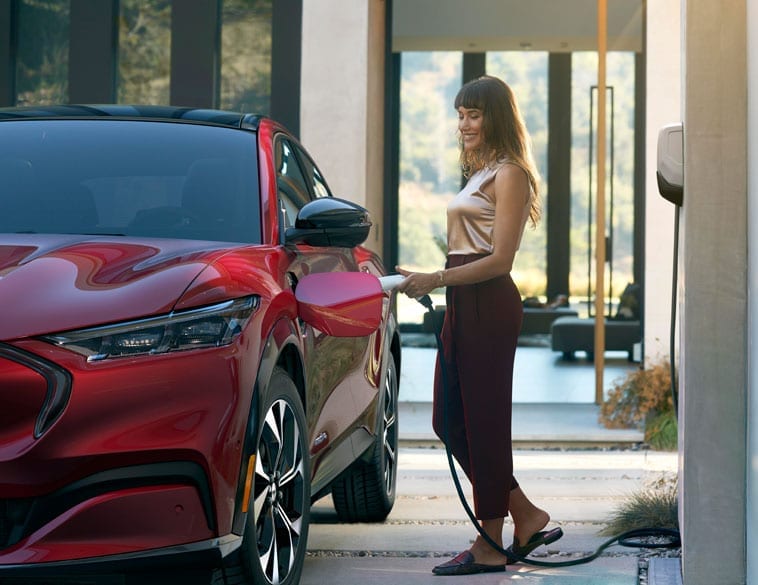