End of the Line for GM’s Oshawa Plant 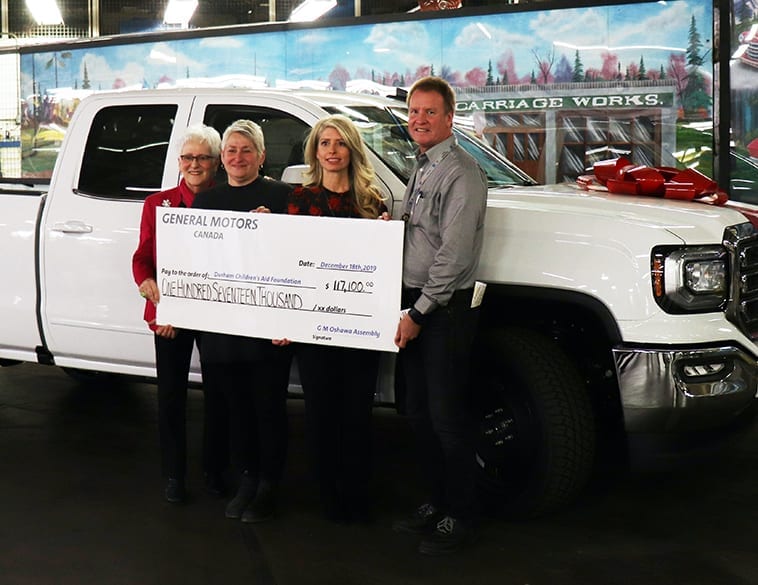 As the last trucks rolled off the line at GM’s Oshawa, Ontario plant Unifor issued the following statement: Unifor members are saddened by the end of an era as vehicle production at General Motors Oshawa will cease this week after operating for more than a century.

“General Motors’ decision to stop vehicle production at the birthplace of GM Canada is devastating to workers, many of whom come from GM families who have been at the plant for generations,” said Unifor National President Jerry Dias. “There is no question that this is a difficult time for workers, for our union and for the people of Oshawa.”

Final production of the Chevrolet Silverado and GMC Sierra will wind down this week, but GM is focusing on the future with a statement from Scott Bell, President and Managing Director of General Motors Canada.

“I want to sincerely thank all our employees at Oshawa for consistently demonstrating such genuine pride in the vehicles they built,” Bell said in a written statement. “The facility has such a celebrated history. But the Oshawa plant is not closing – it is transforming.”

While 300 GM employees have been promised work in GM’s new Oshawa Auto Parts manufacturing business which will ramp up operation in Q1 of 2020, others may opt for paid training towards a new career, Bell added.

“I want to acknowledge the hard work and dedication of the members who built General Motors into a world leading manufacturer,” said Unifor’s Dias. “We’re not giving up on that legacy and when we face GM in negotiations next year job creation will be a priority for our union.”