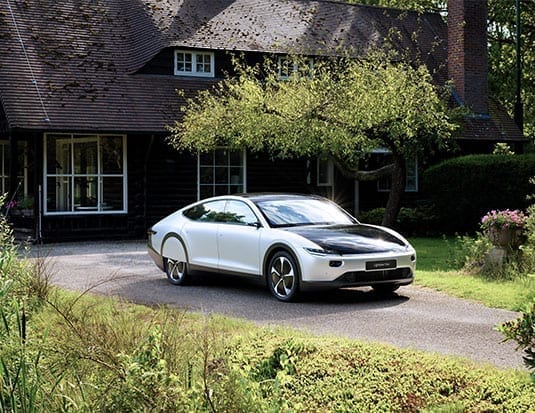 Lightyear was founded in 2016 by alumni of Solar Team Eindhoven, which won the Bridgestone World Solar Challenge. Since then, the company has received awards, grants, and support from key investors that have allowed them to develop the prototype for the solar car in just two years. Lightyear One optimizes safety and efficiency while promoting a longer battery range than its competitors and the ability to charge whenever it’s in the sun.

“Climate change is such a frightening development that it’s almost paralyzing,” remarked Hoefsloot. “We decided to do the opposite; as engineers, we believed we could do something. Lightyear One represents an opportunity to change mobility for the better.”

And this is just the beginning. “Since new technology has a high unit cost, we have to start in an exclusive market. The next models we plan to develop will have a significantly lower purchase price. In addition, future models will be provided to autonomous and shared car fleets, so the purchase price can be divided amongst a large group of users. Combined with the low operating costs of the vehicle, we aim to provide premium mobility for a low price per kilometer.”