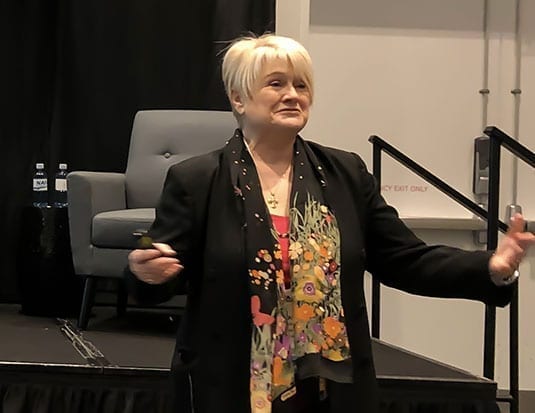 While honesty is always the best policy, are you equipped to find and stop those who might steal from you?

Fleet Managers are regularly involved in transactions dealing with large sums of money, thus exposing them to theft and fraud. These threats have the potential to compromise the financial viability of their businesses.

U.S. based Mercury Consulting and Associates were invited to host a conference on this subject at the 2019 NAFA Institute & Expo (I&E). The guest speakers presented a list of industry sectors most likely to be targeted by fraudsters and a variety of solutions to help prevent these crimes.

“While nobody wants to believe that there are thieves in their organization, we’ve all heard stories about employees who use corporate credit cards to purchase fuel for their personal vehicles,” Christensen said, offering as an example an incident that occurred at a U.S. federal government agency, where an amount of $2.4 million was stolen between 2010 and 2015.

In the end, a financial audit uncovered 2060 fraudsters occupying low-level civil servant jobs. A number of these crimes were committed via the database where documents were falsified to cover the crimes. In one instance, a salaried employee resold the stolen fuel purchased with federal government fuel cards at a profit. He was sentenced to a six-year jail term for theft totalling an estimated $300,000.

As is often the case, no mechanisms were in place to perform audits that would have uncovered the losses much earlier. “This problem is common,” Christensen added. “Nobody feels the need to implement policies until something happens.”

Fleet managers are most likely familiar with the second example presented by the consultant, as it made headline news. The case involved the president of the Pilot Flying J company, and certain staff members, all of whom were condemned for computer and data fraud as well as false testimony.

In this example, the fraud was institutionalized to the degree that the details of the process were recorded during a company training session, thus uncovering the criminal activity. The system consisted of offering volume discounts to trucking industry customers who agreed to guarantee minimal monthly purchasing volumes. Pilot Flying J representatives promised to set prices based on wholesale fuel prices, including pumpage fees. However, as fuel costs fluctuate from day to day and are subjected to various taxes, customers were unable to determine if the pricing was fair.

While the president and 14 other members of the company are currently incarcerated, this crime cost the trucking industry upwards of $66 million.

For Christensen, documenting fraud in order to implement surveillance mechanisms is of the highest importance. Policies must be detailed and regularly updated. Financial activity job descriptions must be clearly defined. Employee tasks must be clearly outlined, including the financial authorization levels and approval processes. Major transactions should require at least two signatures. It goes without saying that transactions must be continually monitored.

Furthermore, she suggested the implementation of a systematic internal auditing process, including periodic external auditing. If a problem arises, the audit findings must be shared with the department head. The response must be immediate when doubts arise regarding a specific employee, or supplier, in order to set the record straight as soon as possible.