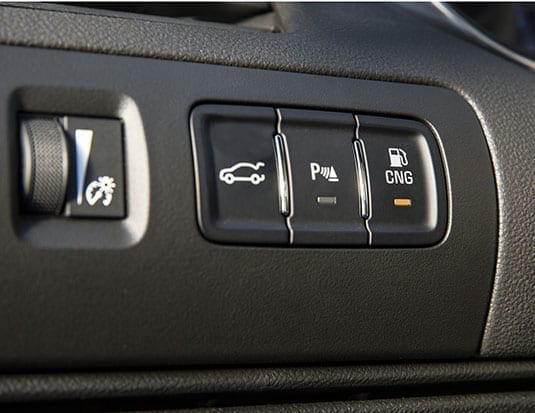 It’s cheaper and cleaner, and could be your best choice.

While gasoline and diesel are the usual choices for vehicles today, there are other fuels that merit consideration. While it’s not as common, compressed natural gas (CNG) is an option, especially as a replacement for diesel.

Some automakers offer CNG-prepped engines as an option, ready for outfitting. CNG is mostly made up of methane, and is mixed with air and combusted inside the engine as other fossil fuels are. It’s especially advantageous for long-haul fleets, but there are benefits for other applications as well.

Vehicles can be dedicated to run on CNG only, or two fuel tanks can be used to switch between CNG and petroleum. This gives you peace of mind that you’ll be able to continue driving even if you can’t find a CNG filling station; however, if it’s a car or sport-utility, or a single-tank truck, a second tank will have to be added with the resulting loss of cargo space and payload capacity.

There are several advantages to CNG, the number one being its cost. Historically, it can be as low as a third of the price of diesel or gasoline, and because most of it is produced domestically, it isn’t as affected by global fluctuations in market price as gasoline can be. Depending on where you’re located and the programs available, you may be eligible for grants or subsidies to help offset the cost of equipping your vehicles for CNG.

Better for the environment

It’s also a very clean fuel, and other than carbon monoxide, emits lower levels of pollutants than diesel, including up to a 90% reduction in particulates and a 50% reduction in NOx. A truck running on CNG can have up to a 30% reduction in greenhouse gas emissions over a similar vehicle running on gasoline or diesel. It’s also considered an inherently safe fuel: it’s non-toxic, it disperses quickly if spilled, and it won’t pool on the ground. Most natural gas available today is a fossil fuel, but it is possible to produce it from waste, making it effectively carbon-neutral.

Of course, there are disadvantages as well, starting with the upfront cost of fitting the CNG equipment, especially if you’re not eligible for a rebate. The system can be moved between engines when the vehicle is replaced, which brings down the overall cost, but you still need to do a cost-benefit analysis to determine if CNG is the cheaper option. The systems do need periodic maintenance as well.

A neck-and-neck issue with cost is refuelling since CNG stations are rare and you need the infrastructure to make it work. You’re not going to get the financial benefit from CNG if your drivers are running their dual-fuel vehicles on gasoline most of the time. For very large operations dedicated to CNG, it is possible to build an on-site refuelling station; contact the local natural gas provider for details.

As with most other alternative fuels, if you have access to refuelling, CNG can be gradually incorporated into the fleet. It’s probably not worthwhile to outfit older vehicles, but wait and apply CNG to their replacements, while low-mileage vehicles aren’t going to be candidates. But for vehicles that rack up the miles, CNG should be stacked against alternatives such as hybrids or electric vehicles. It might just be the fuel you’ve been looking for.