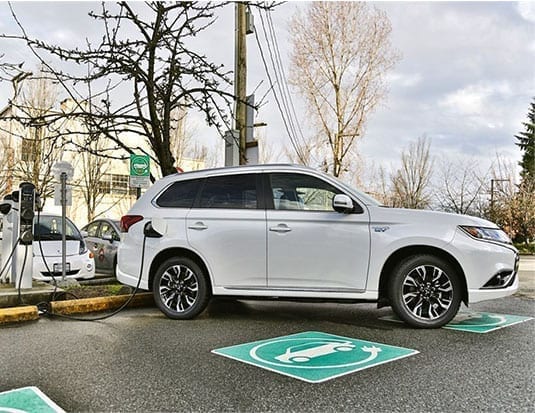 Mitsubishi Motors’ dealer incentive program was revealed following the federal government’s announcement that incentives will be granted on plug-in hybrids, which will come into effect on May 1, 2019. The program will not only be available across Canada but also in Quebec and B.C., where there are already existing provincial incentives.

“Mitsubishi Motors applauds the federal government for recognizing the role plug-in hybrids play in growing EV adoption. Outlander plug-in hybrid (PHEV) has proven to be an important vehicle for the electrified vehicle segment as the first affordable plug-in hybrid SUV in a market where the appetite for SUVs shows no signs of slowing down,” said Juyu Jeon, President and CEO, Mitsubishi Motor Sales of Canada. “Our research shows Outlander PHEV has brought new customers into the EV and PHEV category who had not considered an electrified vehicle before and that is game-changing.”

“[Canadian research has shown that] plug-in hybrids greatly expand the number of car buyers who buy Zero Emission Vehicles. Plug-in hybrid owners can use their battery for most-to-all of their city driving and can still fuel up at Canada’s roughly-12,000 gas stations for road trips. This is important in North America because, unlike Europe, we have a road trip culture. We also prefer larger vehicles, for which plug-in hybrids remain a more affordable option than battery-electric vehicles.” said Matthew Klippenstein, CanadaEVsales.com.

Some features that the Outlander PHEV boasts are: