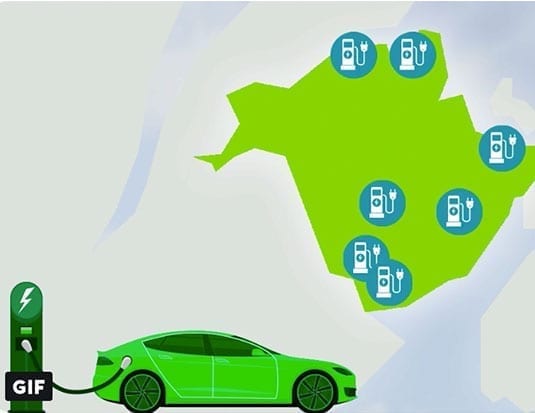 Canada is working towards a low-carbon future, providing Canadians with more greener options to eliminate pollution over time.

MP Ludwig added: “Our government is committed to greening Canadians’ transportation choices by building the infrastructure needed to drive electric and alternative fuel vehicles. Electric vehicles are an essential part of Canada’s clean energy future, and we will continue to support projects like this that encourage their widespread adoption.”

This investment is part of the government’s ongoing expansion of Canada’s public EV network and has brought a total of 29  EV fast chargers to New Brunswick since 2016. The fast chargers will span from Saint Stephen to Shediac to Campbellton and were built by New Brunswick Power Corporation. They were also funded through Natural Resources Canada’s Electric Vehicle and Alternative Fuel Infrastructure Deployment Initiative (EVAFIDI).

Six of the chargers are now open to the public with the seventh scheduled to be available for use in Fredericton this spring.

MP Ludwig reported that an additional $45,000 in NRCan funding will support the development and delivery of an awareness and education campaign through New Brunswick Power Corporation, and will aim to promote low-carbon vehicles and fuel options available in the province.