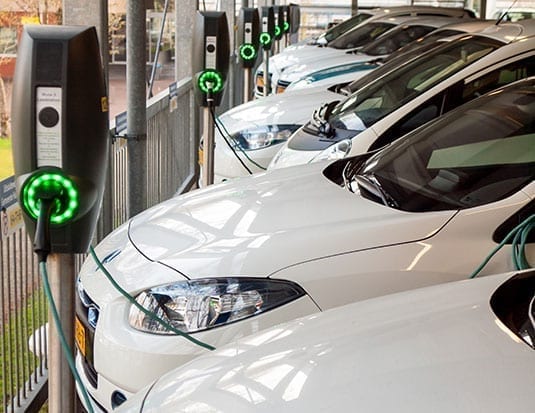 Buying an electric vehicle (EV) is expensive. However, with an increased focus on reducing carbon footprints and the future pointing to a reduction in fossil fuel consumption making them more desirable, analysts say that EV and comparable ICE (internal combustion engine) vehicles’ total costs of ownership are at the very least comparable—at least as long as government subsidies hold out.

Last year, Engineering.com compared a gas-powered Hyundai Elantra to the all-electric Nissan Leaf and found the Leaf bested the Elantra by about $1,500 in total cost of ownership (TCO), which included elements like fuel costs, resale value, insurance costs, and financing interest, assuming the purchaser took out a loan to cover the difference in initial purchase price. It also factored in a $7,500 subsidy for the Leaf.

But what about when the subsidies go away? In Ontario, for example, they’re gone. The U.S. says it will end subsidies when 200,000 electric vehicle units are sold and China, too, has announced a timeline for winding down its program. Manufacturers are counting on bringing down prices in the meantime, with an emphasis on battery costs.

“What we know is that the relationship of the density of the battery and the cost is improving all the time,” Nissan’s Executive VP Daniele Schillaci said. “We think that 2025 will be the turning point where the cost of an EV car, the same EV and internal combustion engine, will be the same.” Nissan is the world’s largest electric car producer, thanks to its strategic global alliances with Renault and Mitsubishi.

GM, which says it will deliver 18 new EVs by 2023, announced in the fall that it was working towards an all-electric, zero-emissions future. As the company sold fewer EVs in the U.S. last year than it did in China, where an all-electric two-seater can be had for about $7,000, its strategy will likely leave the focus on traditional vehicles in North America while expanding its global EV sales. Its enormous scale and global supply chain are in its favour, and CEO Mary Barra said in Detroit last year that electric vehicles would be profitable by 2021.

At the same time, Ford announced plans to spend $11 billion on EV technologies and introduce 40 electrified vehicles by 2022. It had previously announced it would slash $14 billion over the next five years and shift capital investment away from ICE vehicles and sedans into more truck and electric/hybrid car development. “We’re all in on this, and we’re taking our mainstream vehicles, our most iconic vehicles, and we’re electrifying them,” Executive Chairman Bill Ford said. “If we want to be successful with electrification, we have to do it with vehicles that are already popular.”

If you’re deciding whether to electrify your fleet, it pays to do the research and plug in your own numbers, but don’t forget to also factor in the less tangible benefits like branding and public perception, as well as considering the electric vehicle infrastructure where you are and how it may impact your drivers. The good news is that it looks like by the time the subsidies disappear, the electric vehicle will have ample model options and lower prices on its side.