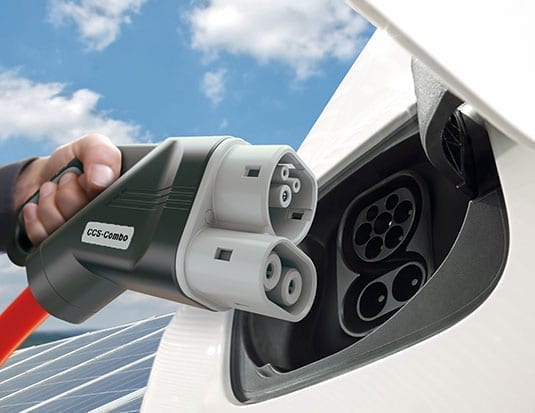 By 2040, this Canadian province will only allow the sale of zero-emission vehicles.

Last year, the British Columbia government unveiled some of the details of its CleanBC plan for major environmental changes in the province. Along with increasing the low-carbon fuel standard, and also increasing the supply of renewable fuels, the program calls for increased tailpipe emissions standards for vehicles sold after 2025. But the biggest change is that by 2040, CleanBC will require that every new car sold be zero-emission.

“By moving to clean, renewable energy, like our abundant supply of BC electricity, we can power our growing economy and make life better and more affordable for British Columbians,” said Premier John Horgan in a statement.

Twenty-one years ahead may seem like forever, but it’s really not that long for a fleet, says Sara Church, ARI’s District Manager for Western Canada. “We have lots of clients with five- or seven-year cycles, and it’s going to hit quickly in their vehicle cycle. When you’re making your vehicle choices for a fleet today, you should be analyzing what the financial impact of that vehicle is going to be in two years, three years, five years. That’s only a couple of cycles before you’re starting to touch these regulations, and you need to start considering that now.”

Zero-emission vehicles (ZEV) include those powered by battery-electric and by hydrogen fuel cells. The plan also calls for the infrastructure needed to address their requirements. “The biggest challenge for fleets right now is understanding the refuelling process,” says Grant Chitty, Account Manager and Account Executive for Foss National Leasing and LeasePlan Canada. “What most of the fleets have today is ‘range anxiety,’ and that seems to be one of the biggest challenges. We’ve seen a lot of charging infrastructure, and it’s popping up in locations that you might not necessarily expect them to be. But I don’t know that the infrastructure is [currently] well enough established for fleets to readily accept the electric vehicle.”

Currently, the province’s Clean Energy Vehicle (CEV) Program provides rebates, including for fleets, of up to $5,000 on electric, plug-in hybrid, and extended-range vehicles, and up to $6,000 on hydrogen fuel cell vehicles, along with rebates for charging stations. However, the CEV Program runs out on March 31, 2020—or until the funding earmarked for it is exhausted. The full plan of how the 2040 goal will be administered is something fleet managers will have to watch as time goes on.

“I haven’t seen anything that would penalize an OEM for not meeting these regulations, or how the program will be enforced,” Church adds. “I don’t know how deep the claws are at this point, but we have to start discussing it with our clients now because it will change their selectors.”

Automakers on the line

Of course, anything can happen over the next two decades. Of the three provinces that offered rebates on battery-equipped vehicles, Ontario was the most generous topping out its incentives at $14,000. But when a new provincial government was elected last June, one of the first things it did was scrap the rebate plan completely. While it’s less likely that any change in British Columbia’s leadership would completely derail all environmental initiatives, there’s always a chance that changes could be made.

With Canada’s most populous province no longer offering incentives, automakers may find themselves in a tighter bind to provide electric vehicles— which currently make up only a sliver of the overall market and don’t have the economic luxury of volume sales—to the only two provinces where consumers are most likely to buy them.

“I can see allocation being a challenge,” Church says. “I had a lineup of clients when the [Chevrolet] Bolt [electric vehicle] was released who said, ‘Get me some,’ but I couldn’t get allocation for fleets.

“The OEMs will have to make a decision about where they put their zero-emission vehicles for both retail and fleet, and it will be interesting to see if the OEMs support fleet purchases. We saw some of the same challenges when Quebec introduced winter tire laws, and we had a problem with tire allocations. When the OEMs are held to only selling certain lines of vehicles, I can see it being a bit of a pull between retail and fleet, and we’ll be leaning on our OEMs to support us for fleets.”

Even if it seems a long way off, Chitty believes fleets have to start now. “They should be looking at installing recharging stations with any renovation,” he explains. “Fleets should be transitioning now, trying out a few electric vehicles where the requirement might not be critical if someone forgets to plug it in.

“We have habits, and one is parking our car and walking away from it, and refilling it conveniently at some gas station when it’s close to ‘E.’ That thinking has got to change, because when we park the vehicle, we have to plug it in and then we can walk away. And the biggest difference [when driving] is electric vehicles are very spirited at low speed, but when you get up to 100 or 120 km/h, you run out of muscle at those high ranges. They’re a different animal to drive. Don’t expect to pull out and pass at 120 km/h as you will with a gasoline engine.”

While the province may be looking at the environmental aspects, the cost of running a vehicle is important to fleets. Zero-emission vehicles are currently pricier than similar gasoline vehicles, but between the incentives, and the improvements and cost reductions automakers are expected to make over the next two decades, along with the fuel savings, the gap narrows.

Chitty offers the example of a customer operating a Chevrolet Volt extended-range vehicle, which runs on a stored charge but contains a small gasoline engine that acts as a generator when the battery charge runs out. “It has a range of 85 km before it requires plugging in or charging with the generator, but one of the vehicles we delivered has just done 24,000 km and has only used 759 litres of gasoline.”

Of course, no vehicle comes without some environmental cost. A province selling only plug-in vehicles will have to generate enough electricity to feed them all. There are also issues with what’s involved in making a battery, and in disposing of it since a recycling chain for these hasn’t yet been firmly established.

“It’s a paradigm shift in what we’re used to doing,” Chitty concludes. “Go back in the past, and you had to feed a horse and clean up after it. The fossil-fuel-powered vehicles then created a problem, and now we’re going to have to adapt and do something about it.”