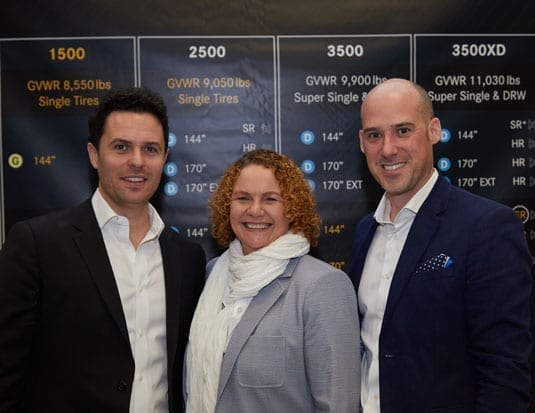 Fleet professionals from the Greater Toronto Area were invited to the Mercedes-Benz Training Academy in Mississauga, Ontario on Nov. 22nd for the Canadian debut of the new Sprinter.

The day began with an overview of the global van market by Nicolette Lambrechts, VP, Mercedes-Benz Vans. Lambrechts spoke about the half-a-billion-dollar investment Mercedes-Benz has made in their new van factory in Charleston, South Carolina, which will supply the entire American and Canada market.

The more than 50 invited guests were amongst the first in Canada to learn about the Sprinters new gas and diesel powertrains, as well as some of the impressive standard and optional equipment that will be available on the new van.

The new 4-cylinder gas engine runs on regular grade fuel, is coupled to a 9-speed transmission and produces188 hp and 258 lb. ft. of torque. The diesel engine produces the same horsepower (188) but boasts a much higher torque rating (325 lb. ft.), which kicks in at 1,400 rpm.

Look for a full report in the next issue of fleetdigest.