The Many Shades of Green 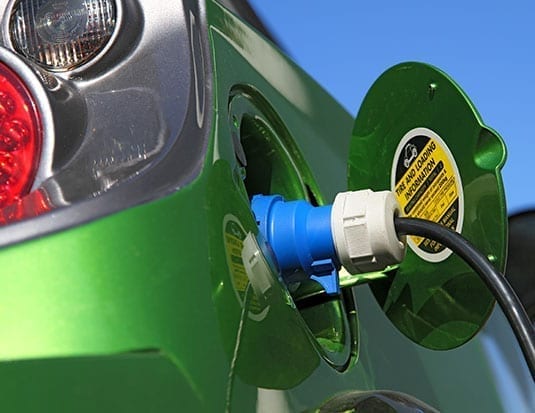 A closer look at some of the pros and cons of fuel options available today.

Back in the automobile’s earliest days, refuelling could be a problem. With so few vehicles on the road, it was tough to make a case for installing infrastructure, and it wasn’t until enough gasoline-powered cars went into mass production that the stations to fill them started springing up.

That’s the issue facing alternative-fuel vehicles today. Gasoline and diesel are still the clear winners, but other power sources have the potential for economic benefits to high-mileage fleets—if you can get your hands on them.

Many experts think the hydrogen fuel cell is going to be the way of the future. Hyundai leases its Tucson FCEV (fuel cell vehicle) to a limited number of fleets and consumers in British Columbia. Last year, Honda presented its Clarity FCV, already available in limited leases in the U.S., at a ride-and-drive in Ottawa, and Honda and General Motors are working jointly on a fuel cell.

This year, Toyota will sell its Mirai FCV to select fleets in Quebec, where the provincial government has a requirement that mainstream automakers sell a percentage of zero-emission vehicles or equivalent credits. The automaker has been working with partners in the province for a fuel supply.

Fuel cell vehicles are actually electric cars, producing their own power in the fuel cell from onboard hydrogen and ambient air. Unlike charging a battery-electric vehicle, a FCV refuels in about the same time as filling a gasoline vehicle.

Hydrogen can be produced from several sources, ranging from fossil fuels to water, and its environmental footprint depends on how it’s made. It can be transported as a liquid or gas, including by truck, but production and delivery are so scarce right now that fleets will have to wait until government and private infrastructure comes on board.

Electric vehicles (EVs) are often a good fit for fleets that run established routes and can come back to a central station for overnight recharging.

Another option is the plug-in hybrid, which runs for a short period on its battery alone after recharging, and reverts to conventional hybrid operation when that runs out. Electric-only is usually 50 kilometres or less, but over a week it could add up to 250 km of fuel-free driving.

A 240-volt charging station is a must for all EVs. Fast-charging DC stations can recharge to 80 percent in 30 minutes, but they’re very expensive to install. A DC port is optional on many EVs, and plug-in hybrids don’t use fast-charge.

It has been around for a long time, but natural gas remains a niche fuel. There are relatively few public refuelling facilities, although many gas providers offer programs for fleets to set up their own onsite facilities.

Natural gas vehicles drive similarly to gasoline vehicles, produce fewer emissions, and return an estimated 40 percent savings per kilometre. However, fleets must factor in the cost of upfitting vehicles to use the fuel.

Like natural gas, propane is clean-burning, but in most areas it’s easier to find refuelling stations, and it’s much cheaper to install an onsite propane facility than a natural gas one. Propane has more octane but less energy than gasoline; however, its price is historically about 40 percent lower. It’s pricey to convert vehicles to propane, but may be worth it on high-mileage fleets.