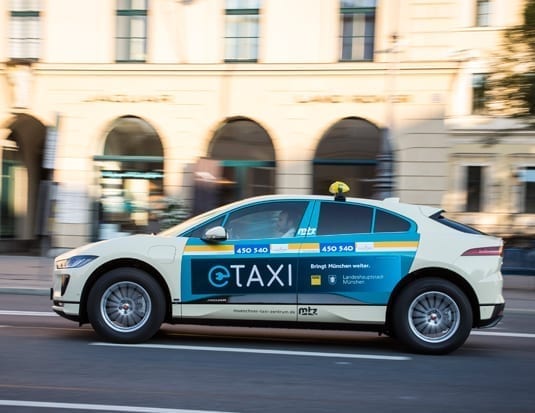 Ten Jaguar I-PACE taxis will take to the roads in and around Munich, Germany.

The introduction of 10 all-electric Jaguar I-PACE taxis to the Munich Taxi Centre fleet in Germany marks the beginning of a new chapter in the history of the German taxi industry, which has traditionally relied on diesel vehicles.

Starting in August, the new vehicles will be available via the taxi call centre. With the goal of running these electric taxis around the clock, they will be charged at five fast-charging stations installed at the depot of the Munich Taxi Centre. The company plans to implement a schedule with five cars in service while the other five are being charged.

The 90kWh Lithium-Ion batteries boast a range of 480 km, and when using a 100 kW DC quick-charging station can be charged to 80 percent in roughly 40 minutes.