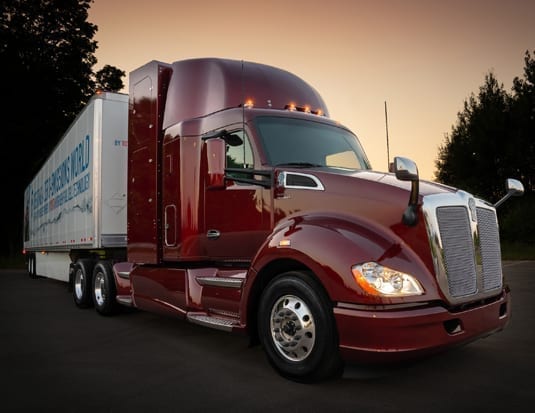 Toyota recently unveiled the second iteration of its hydrogen fuel cell electric Class 8 truck. Since it first began operation in April 2017, Toyota’s first “Project Portal” truck has logged nearly 16,000 km of testing and real-world operations in and around the Ports of Long Beach and Los Angeles. This new truck will begin operation this fall.

Both vehicles feature a gross combined weight capacity of 36,000 kg (80,000 lbs.), and feature an output of 670-plus horsepower and 1325 pound-feet of torque, produced by twin Mirai fuel cell stacks and a 12kWh battery. The new and improved version of this project vehicle, however, now boasts an estimated range of almost 500 km vs. roughly 320 km for the first truck.

“By evaluating the first truck in our test facilities and on the actual roads in the LA area, we made a list of improvements for the Beta truck build process and performance enhancements,” said Andrew Lund, chief engineer for the project. “We needed to move beyond a proof of concept, which the first truck accomplished, to something that is not only better than the original but is also more commercially viable.”