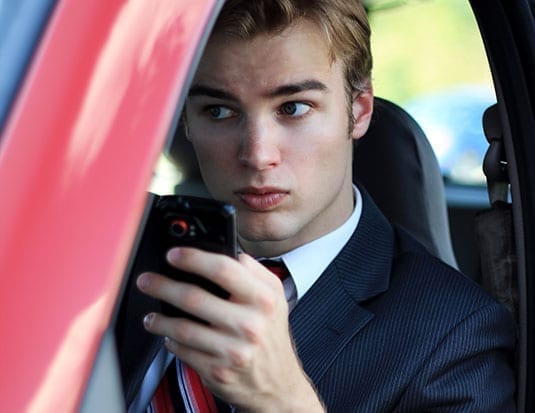 The problem of distracted driving has escalated along with the proliferation of our beloved handheld multimedia devices. From the U.S. National Highway Transportation Safety Administration to the Sureté du Québec and the CAA, statistics are coming from everywhere that say distracted driving is now deadlier than driving under the influence. While eating, fiddling with the radio and anything that takes attention away from driving qualify, NHTSA calls texting the “most alarming” distraction.

“Sending or reading a text takes your eyes off the road for five seconds,” says their website. “At 55 mph (90 km/h), that’s like driving the length of an entire football field with your eyes closed.”

Nevertheless, it can be tempting to get a little extra work done behind the wheel, which means fleet managers need to put awareness of the severity of the problem and the consequences of bending to temptation clear to their drivers.

“There needs to be zero tolerance with texting and driving,” says Basil Marcus, Director of Business Development and Marketing, Foss National Leasing. “There is no viable safe way to do this, and the language in your fleet policy needs to clearly outline this to the drivers.”

The first step in making sure your drivers know texting and driving is unacceptable is to create and communicate an official corporate policy. Have employees acknowledge in writing that they read, understood and agree to follow it.

Reiterate the message regularly in email blasts, company newsletters and training sessions. The policy applies to everyone, which of course means you lead by example. It’s also important to make sure no unrealistic demands on your drivers’ time disallows them from pulling over to perform their required communications tasks.

Your policy should also include clear consequences for any breach. “If an employee is in an accident as a result of smartphone use— speaking, texting or emailing while driving—the driver will be responsible for all damages to the vehicle and for any resulting claims from other vehicles involved in the accident, including the insurance deductible and other charges,” Marcus says as an example.

As a manager, stay abreast of the latest technologies that can help mitigate the problem. You might consider the use of wearable technologies like smartwatches, which can help drivers manage fatigue as well as help you monitor performance; some work with a vehicle’s telematics system to send alerts to the driver as well, such as when they’ve crossed a lane marking.

There are free apps available, too, that block texts while driving or turn texts into audio, which you can encourage your drivers to use. Many in-vehicle infotainment systems now include similar features.

You’d be hard-pressed to find anyone who thinks drinking and driving is OK these days. Make sure your drivers know that texting is just as unacceptable.