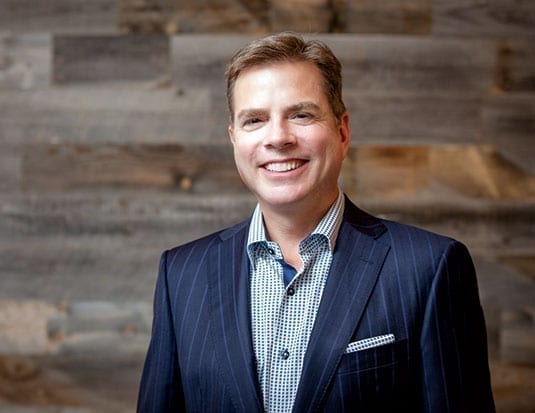 Geoff Seely wasn’t looking for a job. But when the opportunity to join ARI materialized, he jumped on it. “I liked them so much, I joined the company,” he says.

Geoff Seely has been VP & GM of ARI Canada since January of this year, but his experience with the company goes back much longer than that. Throughout his 25-year career, Seely has held leadership positions in fleet, insurance, and professional services with companies like PHH, Element, Jones DesLauriers Insurance, and KPMG Canada.

“Most recently,” he explains, “I was involved with a company that managed automotive finance and insurance products. That’s when I was first introduced to ARI. I hired them to manage our sales fleet.”

Seely says he was thoroughly impressed with ARI and with their entire team. “You can just feel the positive energy that comes from an interaction with ARI employees. They are passionate, they’re engaged, and it really was the differentiator for me when I was looking for a fleet management company as a client.”

Seely says he found everyone at ARI to be remarkably happy and eager to go that extra mile. “I’ve never had an interaction with anyone at ARI where they made me feel like I was putting them out of their way and causing them more work,” he adds. “In fact, it was the other way around. They always asked, ‘What else can we do for you?”

ARI’s technology was also a huge differentiator. “They’re light years ahead of everyone else,” he says, “and that stems in large part from the way the owners of the company, the Holman family, have committed such an investment in technology, in people, and innovation. Moreover, they’ve been making these investments for a very long time—well before it became a requirement in the industry.”

The opportunity to join ARI happened purely by accident. “As a client,” Seely recalls, “I was at ARI’s Fleet Forum where I had the opportunity to meet all the ARI folks. Shortly thereafter I saw a GM role posted on LinkedIn. I had just met Rick Tousaw, who is currently the Senior Vice President for ARI Canada, so I called him up.”

“Our leadership styles and our approach to people is very similar,” Seely says. “It’s also very consistent with the Holman way. So Rick thought I’d be a good fit, and that’s what brought me here.”

As the head of ARI’s Canadian operations, Seely is determined to make a great company even better. “We’re getting ahead of the data and technology growth curve,” he says. “The investment ARI has made in technology has put us well ahead of the competition, and that’s what I really want to take advantage of.”

The goal is to take data and make it easier for fleet managers to digest so that they know exactly how their fleets and drivers are doing. “I don’t think we’re unique in our desire to harness the power of data,” Seely says. “We are, however, better positioned to be able to take advantage of all that data because of the commitment the Holman organization, and ARI, have already made in the necessary infrastructure and in technology. We are well positioned for growth and long term success.”