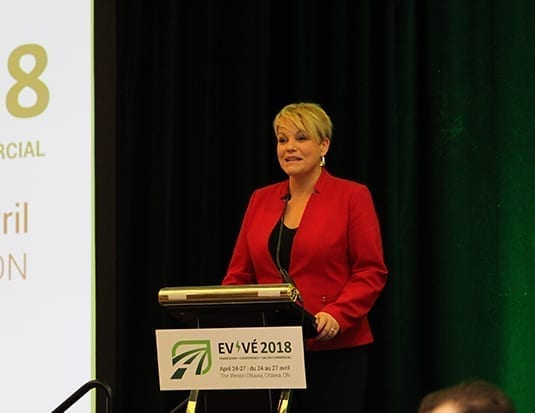 The 9th Edition of the Electric Mobility Canada (EMC) Conference and Trade Show was held at The Westin Ottawa from April 24th to the 27th. Over 400 people attended the various conferences and workshops.

Not only did attendance surpass last year’s event, which attracted 360 visitors, event organizers pointed out that the 2018 edition attracted a larger scope of electric vehicle industry stakeholders from across Canada.

Examples of this diversity included government officials from the Yukon, as well as industry representatives from all regions of Canada representing fleet interests, municipal and provincial governments, charging station industry, new technologies and all types and modes of transportation.

During the closing ceremony, Quebec’s Minister of Sustainable Development, Environment and the Fight against Climate Change, Isabelle Melançon, announced that the 2019 edition of the Electric Mobility Canada Conference and Trade Show will be held in Québec City.

Look for additional info and specific conference details in the next edition of Fleetdigest.