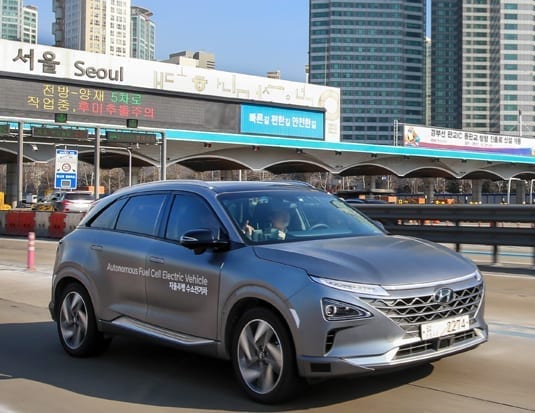 Until now, autonomous driving has been demonstrated only on selected sections of Korean domestic roads and at a limited speed, this is the first time autonomous vehicles have operated on public highways at 110 km/h.

Three Hyundai vehicles completed the journey, all based on NEXO, Hyundai’s next-generation fuel cell electric vehicle which is scheduled to be released in Korea next month.