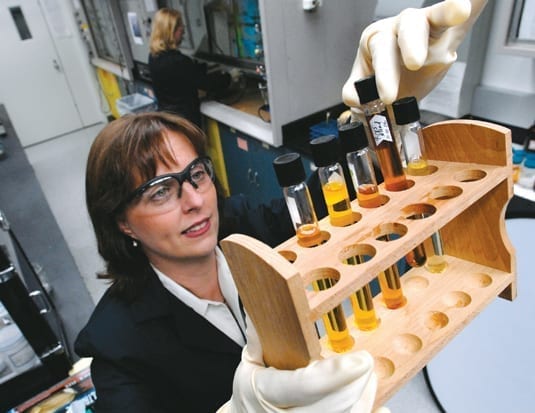 New vehicle is designed for police and fire chiefs, detectives, and other non-pursuit law enforcement personnel.

“This is the first Ford police vehicle that can potentially get through an entire shift using no gasoline whatsoever,” said Stephen Tyler, Ford police brand marketing manager. “Anyone can plug this in to any wall outlet to run gas- and emissions-free on battery-only operation.”

The vehicle’s 3.3-kilowatt onboard charger allows agencies to fully charge the 7.6-kilowatt-hour battery in just 2.5 hours on a 240-volt, level-two charger.

The lithium-ion battery can move the vehicle up to 33 km on a single charge and up to 136 km/hr on battery power alone. Once the battery runs down, the vehicle is powered by its gasoline-electric hybrid powerplant.