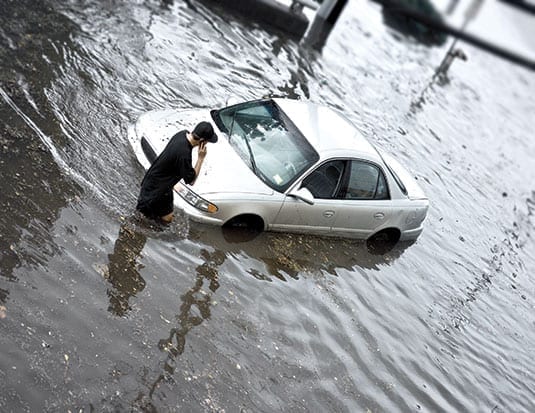 Recent stormy weather in the United States may have a calming effect on Canadian used vehicle prices.

“It’s not confirmed yet, but there could be in excess of about a million vehicles written off as total losses,” says Tim McGee, Manager Vehicle Remarketing at Element Fleet Management. “The majority of these vehicles will be paid out as used vehicles, so when that insured goes to make their claim, they’ll get a cheque to replace their used unit, and likely go looking for another used one.”

It bodes well for vehicles coming back to auction because there’s going to be an uptick in people needing to replace their total loss units. However, there have been increased numbers of off-lease vehicles coming back to auction in the first two quarters of 2017. “They’re anticipating that even with the need for used vehicles, the supply may be able to absorb that demand without any incremental changes in price,” says McGee.

Canada has been the beneficiary of a low dollar, and McGee says that this year upwards of 30 percent of Element’s volume from auction heads to the US. “Our dollar has risen, but there’s still a lot of interest from the U.S.,” he says. “If they continue to have that need for used vehicles over and above the issues that they’ve experienced with the storms, it might be good for us as well.”

Scott Whittal, director of remarketing product management at ARI, says that there has been a surplus of vehicles in the US and Canada. “With the storms, there are going to be a substantial number of vehicles that have been written off and need to be replaced,” he says. “Once those areas get back on their feet, they’ll start to eat up some of that surplus.”

Some of the impact of the weather in the US and natural disasters will help the prices in Canada. “It’s a matter of volume, supply and demand,” says Whittal. “It will be interesting to see if some of these vehicles that have been damaged, or flood vehicles, make their way to Canada. We saw some of that with Katrina. It’s on everyone’s radar now.”

To a Canadian market, the hurricane effect may particularly hit the truck segment. “The Canadian dollar has been a little stronger, which will also impact the number of vehicles that move,” says Whittal. “It’s still early days. We don’t know how many vehicles have been written off. When the dollar’s 70 to 75 cents, they’ll move vehicles. Over that, for economies of scale, it just doesn’t work. You might see some higher end vehicles move. It’s dollar driven.”

According to Brian Murphy, Vice President Research and Editorial at Canadian Black Book, September’s interest rate hike is cause for concern as it drives the Canadian dollar up. “The Canadian dollar is at a two year high,” he notes. “That concerns us because there’s a lot of exporting of Canadian vehicles to the US now. As the Canadian dollar rises, it reduces the chance that exporters have had to make a profit by shipping the car south. If those people stop that activity, it will reduce the demand for used cars in Canada, so it will push prices down.”

However, the hurricanes may alleviate the situation. “It’s a tragic situation that the US has experienced this unfortunate weather,” says Murphy. “Many of those vehicles that have been wiped out by the hurricanes may help to offset supply issues. However, we’re still concerned about the Canadian dollar.”