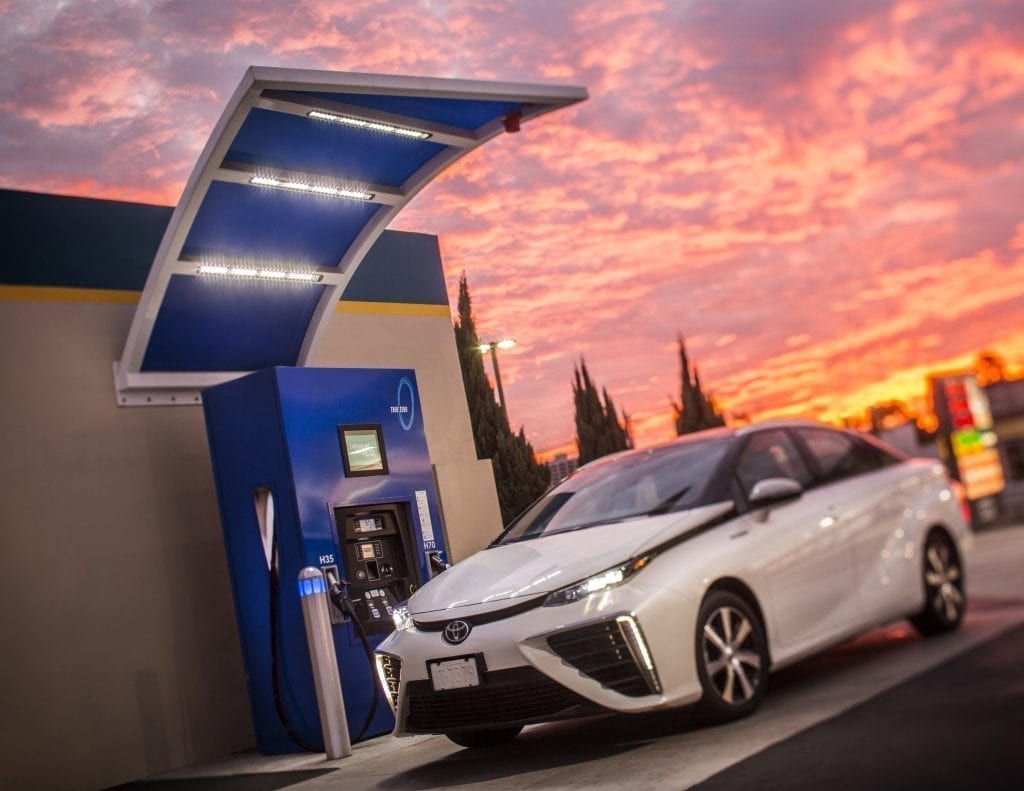 In the space of 18 short months, the True Zero hydrogen network has fuelled over 17 million electric miles (over 27.35 million kilometres) in the State of California as a result of having delivered in excess of 250,000 kilograms of clean hydrogen, sold through the 18 retail stations operated by the company.

With the help of subsidies granted by the California Energy Commission, and California’s zero-emission vehicle program, there are currently 31 service stations offering hydrogen throughout the State, including 13 operated by True Zero.

As to these millions of kilometres driven so far, True Zero Founder and CEO, Joel Ewanick, had this to say: “This is a major accomplishment for fuel cell technology. Every day, the Honda Clarity and Toyota Mirai  [available soon in Canada] prove that hydrogen is a practical alternative to gasoline.” As a result, the millions of kilometres driven by these fuel-cell vehicles powered by hydrogen are accomplished without the addition of 10 million extra pounds of harmful CO2 to the atmosphere.

California-based True Zero, the world’s largest developer and operator of hydrogen charging stations, currently operates 18 stations, in addition to nine others under construction. Fueled by subsidies, the company is experiencing exceptional growth.

True Zero hydrogen sales clearly demonstrate that a majority of fuel cell electric vehicle users in California are going about their business without worrying about vehicle autonomy.

As we all know, fuel cell vehicles are powered by electric motors, while benefitting from the same silent operation and zero greenhouse gas emissions as all-electric vehicles. The main benefit of hydrogen-powered vehicles lies in the fact that they can be recharged in approximately the same time as it takes to fill up a regular gasoline-powered vehicle. In addition, these vehicles benefit from greater autonomy than current electric vehicles.

Currently, there are approximately ten hydrogen charging stations in all of Canada. In comparison, the number of electric charging stations is currently around 4500. In 2016, the Quebec Government announced the implementation of four multi-fuel stations (gasoline, hydrogen, propane and natural gas), to be installed in the Eastern Townships, Gatineau and Greater Quebec City and Montreal Metropolitan areas.

Hyundai offers its hydrogen-powered Tucson FCEV, with its 426 km autonomy, in Canada’s three most populous provinces, including Quebec and Ontario.