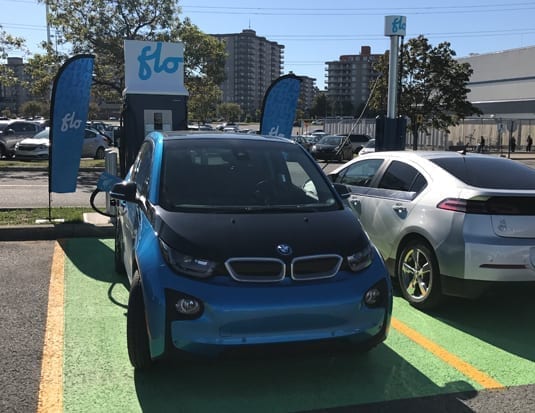 Cadillac Fairview (CF) is pleased to announce the deployment of its first series of new networked chargers at four of the company’s shopping centres in Montréal.

Developed in partnership with FLO, these charging stations are connected to the FLO charging network, which includes more than 3,000 stations across Canada.

“As a proudly Canadian company, continuing to roll out charging stations throughout the country to fulfil EV drivers’ needs wherever they are—at home, at work or on the go—is what we have been striving for,” said Louis Tremblay, President and CEO of FLO. “We’ve developed a strong partnership with Cadillac Fairview that is allowing us to encourage and facilitate EV adoption in Canada and we look forward to a bright future together.”