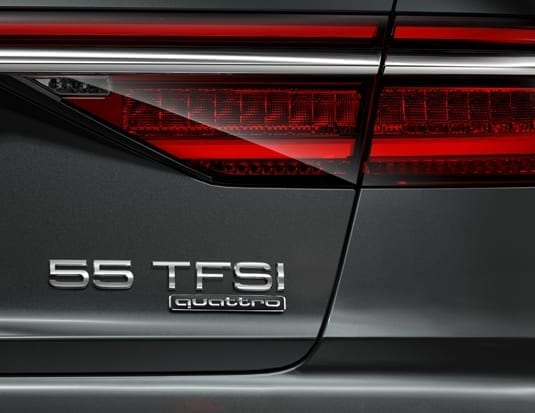 New designations will apply to all Audi vehicles, worldwide.

Audi is adopting a standardized nomenclature for the power output designations of its worldwide range of vehicles. The names of the model series – from Audi A1 to Audi Q7 – will remain unchanged, however two new numbers will be used to designate power output of the individual model in kilowatts (kW).

The numbers will appear along with the engine technology – TFSI, TDI, g-tron or e-tron.

“As alternative drive technologies become increasingly relevant, engine displacement as a performance attribute is becoming less important to our customers,” explained Dr. Dietmar Voggenreiter, Board of Management Member for Sales and Marketing at AUDI AG. “The clarity and logic of structuring the designations according to power output makes it possible to distinguish between the various performance levels.”