Ford Celebrates a Century of Trucks 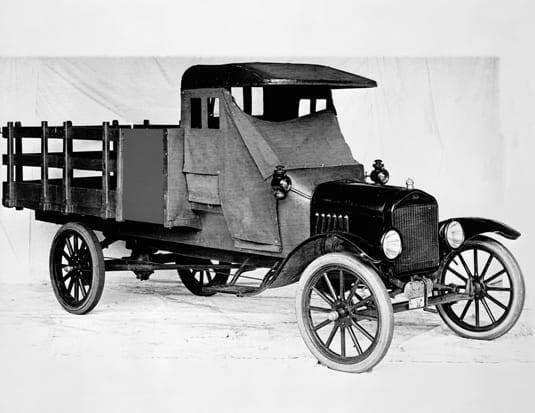 The Model TT came to market nine years after the first Model T. Although the pick-up retained the Model T cab and engine, the Model TT came with a heavier-duty frame capable of carrying one ton of payload. The factory price was $600; 209 were sold that year.

By 1928, Ford had sold 1.3 million Model TTs before replacing the truck with the more capable Model AA with a 1.5-ton chassis.

“After [World War II], a lot of rural Americans moved to urban and suburban centres looking for work, and many took their Ford pickups with them,” said Bob Kreipke, Ford historian. “Ford saw this as an opportunity, and began work on the next generation of trucks for 1948, what came to be known as F-Series Bonus Built trucks.”