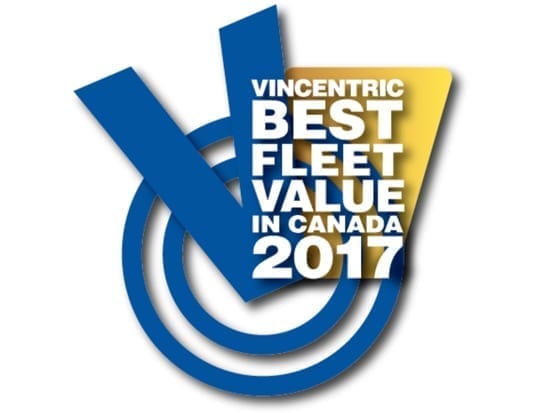 The 2017 Best Fleet Value in Canada Award winners have been announced.

Winners of the 6th annual Vincentric Best Fleet Value in Canada awards have been announced. According to Vincentric, Ford leads the pack this year with 10 winning vehicles, including the 6-time winner F-150, and 4-time winner F-250 pickup trucks, as well as the Transit Connect and Transit 150 in the van segments.

Mercedes-Benz also shined with both the Metris and Sprinter models winning for the second and sixth year in a row, respectively.

At Toyota, the Sienna won the Vincentric Best Fleet Value in Canada in the minivan segment, the Tacoma in the small pickup segment, and the Prius C in the hybrid segment.

Other brands with multiple winners included, Mazda, Mitsubishi, and Infiniti.

“With 17 different award-winning brands in our 2017 analysis, it’s clear that Canadian fleet operators have a variety of great vehicles to choose from”, said Vincentric President, David Wurster. “Ultimately it’s important to identify which vehicles offer the lowest total cost of ownership to ensure optimal fleet use.”

Additional information is available at www.vincentric.com.