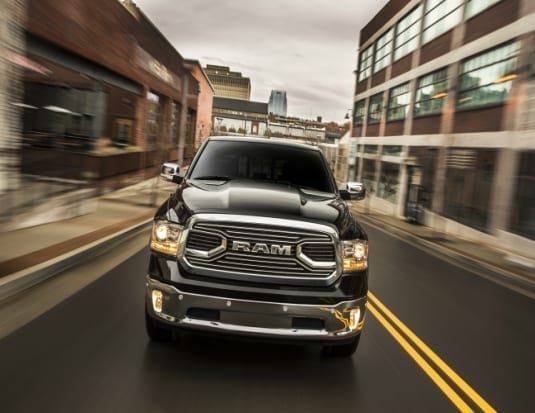 Eight, nine and even ten speeds… do you need all those gears?

It’s been a long time since the days of “three-on-the-tree.” Once a rarity, multi-speed transmissions are now found in a number of vehicles, often with as many as nine or even ten gears. But should you be considering them for your fleet?

In some cases, you don’t have a choice, as they may be the only transmission available on a vehicle you’re considering. But it’s useful to know why they’re suddenly popping up, and any extra care they may need.

All about saving fuel

The short answer to “why” is performance and fuel consumption. Automakers need to keep the fuel numbers and resulting emissions figures low, but at the same time, customers want decent driveability. The wider range of gears allows engineers to create a short first gear for better acceleration, while the higher gears reduce the engine’s speed and improve fuel economy.

As an example, the 2017 Ram 1500 pickup with the 5.7-litre V8 is available with a six-speed or eight-speed automatic transmission, depending on the trim level. The published combined city/highway fuel consumption for the six-speed is 14.8 L/100 km, while the eight-speed is Multi-Speed Transmissions Gear Wars Eight, nine and even ten speeds… do you need all those gears? rated at 13.6 L/100 km. Natural Resources Canada estimates that over 20,000 kilometres per year, and with fuel averaging 93 cents per litre, the eight-speed automatic saves $203 in fuel annually.

The new transmissions were not always an easy birth, as engineers had to deal with parasitic loss from the extra gears, as well as package size and cost. But most of these problems have been overcome, and today, a six-speed, whether manual or automatic, is generally considered to be a base transmission. Multi-speeds also needed some fine-tuning, as the earlier eight- and nine-speeds had a tendency to be “too busy,” shifting too often between a lower and higher gear even on minor inclines. You may still find a bit of that in some transmissions, but most have been “dialed in” quite well to reduce the tendency of gear hunting.

The ultimate in multi-ratio is of course the continuously variable transmission (CVT), which uses belts and pulleys instead of gears to provide a theoretically infinite number of ratios. They’ve also come a long way from the original rubbery and noisy versions, although some today are still better than others when it comes to acceleration and driving feel. In some cases, they’re so good that you could initially mistake them for traditional transmissions, but there are still a few that can be annoyingly lazy when you want a burst of passing power.

Go by the book

But while multi-speed transmissions may save you money at the pumps, it’s wise to closely follow the suggested maintenance. They should be filled only with the recommended or proprietary fluid, formulated for very low viscosity to reduce friction. And since many of these transmissions are still very new to the market, it may be too early to predict long-term reliability or their potential repair costs.

Along with the number of speeds, it may also be beneficial to look at the shifter itself when you’re evaluating vehicles. While the tried-and-true PRNDL shifter is still used in the majority, a few vehicles have been confusing them with electronic shifters, such as those that require the driver to push forward for Reverse. If your drivers regularly end up in different vehicles, consistency across the board may be the best way to keep everyone safe.