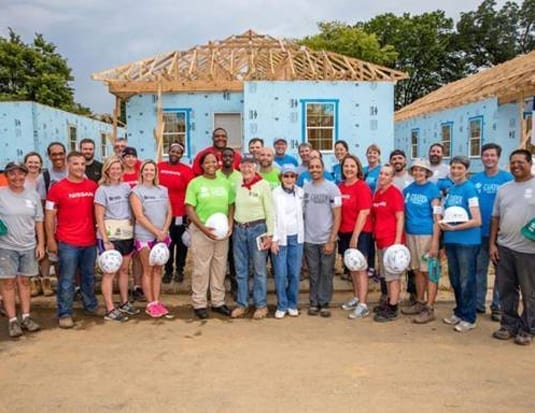 The Nissan Canada Foundation will be part of Habitat for Humanity Canada’s biggest build project ever, the 34th Jimmy & Rosalynn Carter Work Project.

Taking place in every province and territory across Canada, the Nissan Canada Foundation will support Habitat for Humanity in its goal to collectively build 150 homes to mark Canada’s 150th anniversary of Confederation.

Former U.S. President Jimmy Carter and his wife Rosalynn will be visiting Canada from July 9-14, 2017, focusing their efforts in Edmonton, Alberta, and in Winnipeg, Manitoba.

“Nissan Canada is committed to impacting the lives of deserving families and we support Habitat’s important work because we believe that everyone in Canada has the right to a safe, affordable and decent place to live,” said Joni Paiva, President of Nissan Canada. “We are thrilled that the Nissan Canada Foundation will be supporting the 2017 Jimmy & Rosalynn Carter Work Project in Canada, and are grateful to be carrying out our corporate vision to enrich people’s lives in a long-term and meaningful way.”