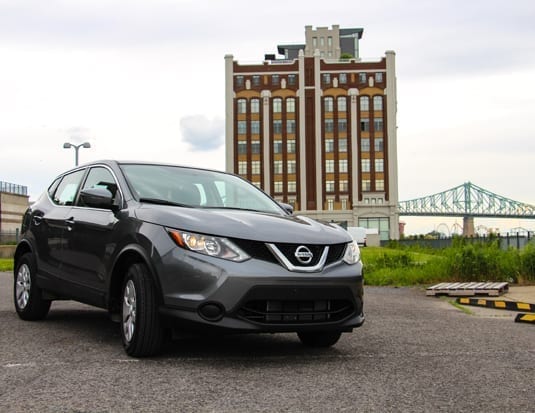 Nissan invited two groups of automotive journalists to Montreal from June 20th to the 22nd for the official Canadian press launch of its new Qashqai urban crossover, of which we were offered an initial peek at the Montreal International Auto Show back in January.

The launch comes at the tail end of Nissan’s 88 business plan, which has been progressively rolled out over six years (2011-2016). “The growth that we have experienced these past few years was not a matter of luck”, explained Nissan Canada president, Joni Pava. “We had a plan, and we managed to combine talent and effort to a well-stocked portfolio of great vehicles.”

Since it European launch 10 years ago, the Qashqai has sold 2.5 million units, and over 3 million units worldwide. With this new urban crossover, which competes against models such as the Mazda 3 Sport, Volkswagen Golf, Honda HR-V and Mazda CX-3, Nissan hopes to bring new buyers into the Nissan fold. More specifically, younger buyers and couples without children, who are looking for a ride that provides a higher driving position, while emphasizing their urban, connected lifestyle. Easier to park than its sister vehicle, the Rogue, from which it borrows a few styling cues, among other things, this urban SUV, which is built in Japan, is 98 mm lower and 250 mm shorter overall.

All-wheel drive is an available option on S and SV models, and is standard on the SL. The Qashqai is expected to hit showroom floors by the end of the month, with a retail price of $19,998 for the base version, up to $32,198 for the all-wheel drive SL AWD Platinum version. According to company officials, Canadian buyers will have access to a well-equipped vehicle for less than $25,000. “We are adamant about this pricing point as we want Canadians to seriously consider this alternative,” stated Nissan Canada Senior Manager, Corporate Communications, Didier Marsaud.