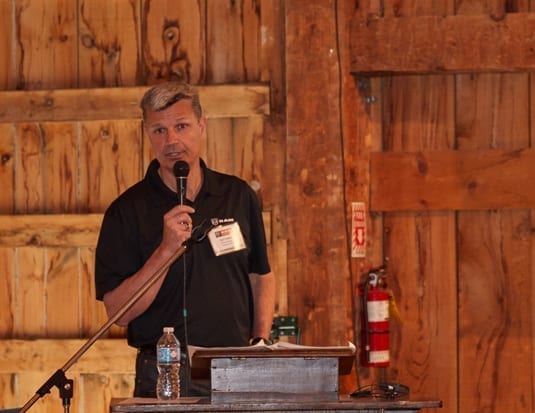 FCA Canada’s fleet team invited their top upfitters, along with major Fleet Management Companies, as well as the media, to the 2017 Ram Commercial Truck Roundtable, which was held in Milton, Ontario on June 21.

The program focused on some of FCA’s newest vehicles and programs, including a new upfitter certification program, known as Q Pro. FCA is inviting upfitters to apply for Q Pro status, but warns that only those upfitters who meet Ram’s strict requirement will be certified.

FCA is not interested in certifying as many applicants as possible, they explained during the presentation. Rather, they’re focusing on quality, and anticipate certifying a mere handful of upfitters this year, with more robust growth planned for the future.

Upfitters also learned about FCA’s new augmented reality app, which allows both dealers and upfitters to show customers what their Ram vehicle will look like once it’s been equipped with shelves, accessories, and other items.

Look for a full report in a future issue of fleetdigest.