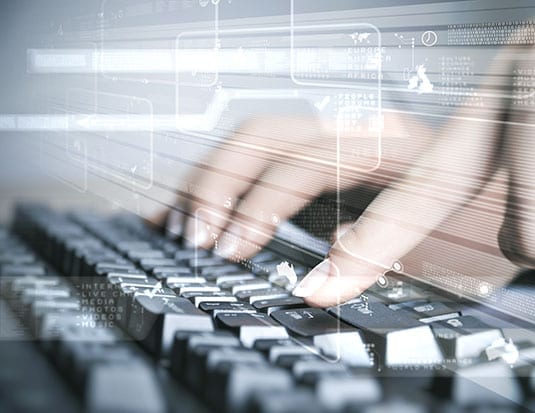 Computer based training improved on all fronts.

In the old days, it could take 15 business days to turn around grading and results for a Certified Automotive Fleet Manager/Specialist (CAFM/CAFS) test.

NAFA recently announced that computer- based training (CBT) will now be the primary testing method for CAFM/ CAFS programs. They have partnered with Computer Assisted Testing Service (Comira), who have hundreds of test centres. Over 85 percent of current certification candidates are located within 100 km of a Comira test centre.

Vigneau notes that the administrative burden is also significantly reduced by the new training system. “On each local testing date with the paper-based system, we were actively engaged in booking 70-plus proctors, mailing hundreds of exams, manually grading those exams and distributing results,” she says. “Moving to CBT allows staff to focus on other areas of the program.”

The security of the exams themselves, as well as the integrity of the databank, was also a consideration in the move. “Minimizing the number of exams shipped and using a secure automated system to deliver all the exams is a big improvement,” says Vigneau.

The response has been overwhelmingly positive. Vigneau gives the example of a candidate in the Toronto area who had wanted to test at a local proctor using the paper based exam. “Since he falls within 100 km of a testing centre, he had to use the option of using CBT,” she explains. “Although initially reluctant, he signed up and took the exams at a Test Centre near the airport and received immediate results. After the experience, the candidate emailed me to say that it was seamless, professional and great in every way.”

Although there are currently limited locations in Canada, Vigneau stresses that she wants to improve CBT availability here. “We’ve seen a spike in program enrolment in every chapter,” she notes. “There is a diligent team of candidates in Quebec who have been steadily progressing throughout the program, and the Ontario Chapter continues to promote the program to members. The program will be taught on campus at Georgian College this summer, and in Western Canada, the chapter hosted a Boot Camp in January.”

Vigneau spoke at the Canadian Association of Fleet Supervisors’ AGM in February to announce a partnership with NAFA and access to the CAFM program. “Several members have signed up since that meeting in February,” she says.

The CAFM program is structured so that initial enrolment costs are relatively low, with costs paid separately by the candidate. This allows the candidate to tailor his or her self-study program and take as many—or as few—exams that their personal study and preparation allows. Current costs for NAFA members are a standard sitting fee of $100 and then $20 per exam.