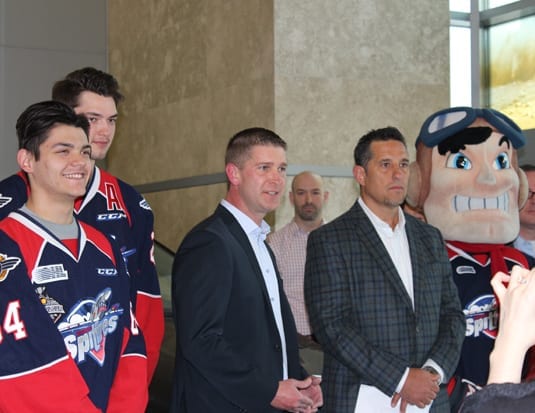 FCA Canada will supply a fleet of vehicles for the 2017 hockey tournament.

The 2017 Chrysler Pacifica is the official vehicle of the 2017 Mastercard Memorial Cup, hosted in Windsor, Ont. The sponsorship will see FCA Canada deliver 30 Pacifica minivans, which will be used to shuttle Memorial Cup officials, players and teams to and from the WFCU Centre throughout the hockey tournament that runs May 18-28.

“It’s a winning combination when you couple Canada’s favourite minivan with Canada’s favourite sport,” said William Levasseur, Vice President of Sales & Marketing—FCA Canada. “It is no wonder the 2017 Chrysler Pacifica is the official vehicle of the 2017 Memorial Cup.”