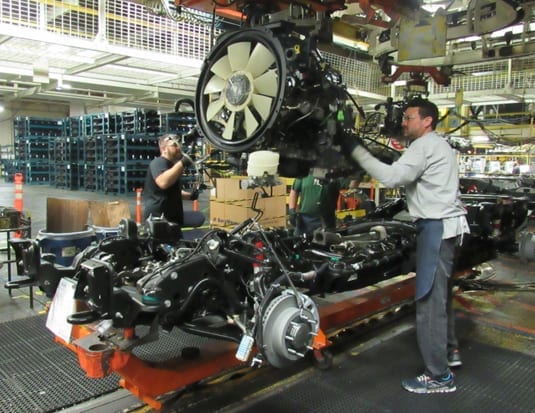 The 2 millionth Duramax diesel engine rolls off the line.

The current rendition of the popular Duramax 6.6L V-8 turbo-diesel boasts more horsepower and torque than ever—an SAE-certified 445 horsepower at 2,800 rpm and 910 lb-ft of torque at 1,600 rpm.

Along with a 19 percent increase in max torque over the last Duramax 6.6L, GM says the redesigned turbo-diesel’s performance is quieter and smoother, for greater refinement.