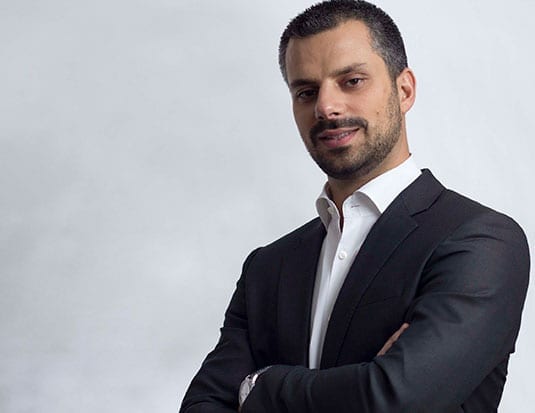 This technology entrepreneur was determined to join the ranks of tech greats.

Growing up, Tony Lourakis looked up to tech giants. “In my late teens I admired and idolized Bill Gates, Steve Jobs and other technology greats,” he says. “I read about them and I aspired to be a tech entrepreneur.”

Fast forward to 2017 and mission accomplished! As the CEO of Fleet Complete, a multinational GPS fleet tracking and fleet management system corporation, Lourakis has become one of the “technology greats” he once looked up to.

The lightbulb moment
Lourakis’ path to tech greatness began many years ago. “When I was in college,” he says, “I started my first company, doing generic IT type of work – websites, servers, networking, and so on. I knocked on doors, worked for small businesses and non-profits.

“One night, a friend of mine told me about his job as a driver for a courier company. He explained how they were using pen and paper to track everything. He suggested I meet with them and put together a software- based system. So I did.”

That was back in 1998, and Lourakis agreed to do the entire project for a mere $1,000. “A few months later we had them up and running on this very basic order entry and dispatch system that automated their pricing and billing and it revolutionized their business.”

After that initial success, Lourakis looked up “courier companies” online, and discovered that there were thousands of them in North America. “That’s when the lightbulb went on, and when I discovered my vertical,” he says. “I was going to develop software for the last mile logistics and courier industry. I partnered with my friend, and we spent the next two years, while we were in school, developing this product on evenings and weekends. We launched it in January of 2000.”

“This was going to succeed or I was going to die trying. I worked every waking second of the day for the first five years of the business.” – Tony Lourakis, CEO, Fleet Complete

Two years later, Lourakis and his partner had a couple of million in revenue, and 16 employees. “We kept growing from there and in 2005 we launched Fleet Complete as a way to expand the company outside that one vertical into more generic fleet tracking and asset tracking. Today, that’s the main platform of the company.”

“We have a very broad fleet, asset and mobile workforce management platform,” Lourakis says. “It applies to many different industries from trucking companies to landscapers to plumbers, a delivery fleet, a towing company and beyond.”

The technology allows fleets to track vehicles, monitor drivers’ behaviour, and even track equipment on vehicles. It can be used to track powered and non-powered assets. “We have customers tracking porta potties, garbage bins, or anything they want to keep an eye on,” Lourakis adds.

Future
Today, Fleet Complete counts companies like Telus (in Canada) and AT&T (in the US) amongst its business partners. Future plans include expansion both in North America and beyond. “Only about 30 percent of commercial vehicles have a product like ours,” says Lourakis. “So there’s still a lot of potential growth.”