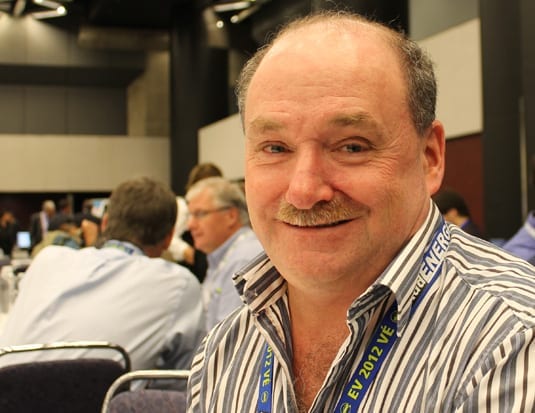 NAFA’s Western Canada Chapter hosted an AGM on March 15th, with many members attending in person, and others listening in via webinar and phone line.

Laverty introduced 19 new members, and announced that the Chapter would be holding elections later this year. In fact, he added, Sarah Church of ARI is open to becoming Chapter Chair.

For 2017, the Chapter is planning a number of events, including a Golf Tournament on June 2, and the annual Ride & Drive on September 6.

Plans are also in place for a webinar about electronic log devices, which are coming to Canada shortly.

Ray Brisby spoke about some of the changes at the Board level, including a new NAFA president, Bryan Flansburg.

He explained that NAFA is seeing a number of staff changes, and that recruitment is under way for a number of key positions. NAFA has a new IT manager, who will be responsible for refreshing the association’s website, which is outdated.

On the training front, Brisby said the Chapter would like to see more Boot Camps—one every month. He explained that the Association is seeing a decline in membership. Although many are joining, others are leaving, often due to changes in employment.

The meeting ended with announcements about the upcoming I&E in Tampa. “We will be webcasting the Canadian part of the program,” Laverty explained, “including the Legislative Update, and the Canadian Workshop.”

And if you’re wondering what’s on the agenda for the Workshop, Laverty said ARI is planning a presentation about the challenges to fleet if marijuana is legalized in Canada. In addition, Kal Tire will talk about winter tires. We can also look forward to getting more information about the Government Affairs Committee that was announced at last year’s I&E.