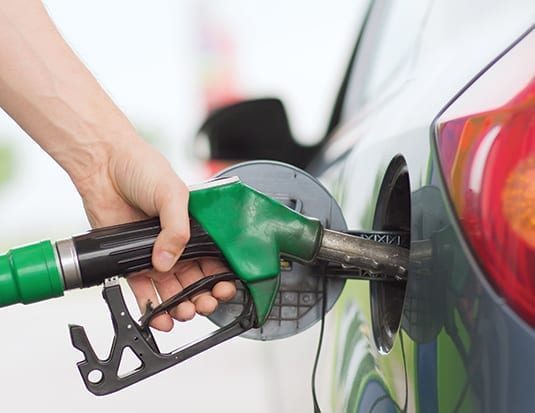 You don’t have to look far to see which vehicles are finding favour among consumers and fleets. In fact, it’s as simple as checking the corner gas station.

And the low price of gas has helped the demand for trucks–as has the low Loonie. “Trucks and SUVs have also been kept up by export demand,” says Murphy. “Most people feel the gas price holiday is going to end, which is also our long-term view–but who knows when?”

In fact, export demand means that about 200,000 vehicles a year are leaving the Canadian market. “As the U.S. market gets more supply of used cars, due to the increase of off-lease vehicles–and if the currency shifts–we’ll see a price correction in Canada pretty quickly.”

But Murphy doesn’t offer any opinions, other than to muse, “When the Loonie gets to 88 cents, then the export traffic will start to slow down, since there’s no price advantage for the exporters.”

In the meantime, low fuel costs weaken the business case for electric vehicles and hybrids. “If you’re the kind of buyer who really wants to buy a hybrid because you think it’s the right thing to do, ecologically speaking, that’s a great reason,” says Murphy. “But with the gas prices so low, the business case for doing so gets eroded.” The industry has been under tremendous pressure from government regulators and consumers to improve fuel economy. Manufacturers have invested billions of dollars in all kinds of different fuel saving technologies. “If you’re a fleet manager and you had advocated switching lots of product to diesel or electric, you were right to do that at the time. But now it looks odd because gas is so inexpensive,” says Murphy.

Pure EVs like the Nissan Leaf and Mitsubishi i-MiEV are not performing well for retained value, partially because the technology is new and rapidly changing. Vehicles like the brand new Chevrolet Bolt boasts greater range, which gives them the upper hand over early entrants.

“The nice thing about hybrids over the last few years is that the technology’s gotten so much better, there are fewer compromises,” notes Murphy.

One of the big surprises is the Jeep Wrangler. “Its retained value, at 79 percent of the original price, is just astounding. We’ve never seen that before,” says Murphy. “That vehicle doesn’t follow the rules of others. It’s a sought after, desired vehicle with a lot of appeal to consumers. When used ones are coming down auction lanes, they fetch amazing values. We’ve even seen some with collision damage, which often adversely affects the value–but not the Wrangler.”

While it might be expected that Volkswagen TDI products have been affected by all the headlines, that’s not the case. “Recalls often don’t affect retained value,” says Murphy. “Our data shows over time, and over many years, that it doesn’t. Volkswagen is exceptional. It remains to be seen what their final process will be for Canadian owners.”

Murphy believes in a “wait and see approach” for the Volkswagen group, which includes Volkswagen, Porsche and Audi. “We still see TDI products for sale, although dealers are not selling new ones. And they’re holding their value.” He adds, “Most people have a very high opinion of TDI in terms of durability, longevity and efficiency.”

However, diesel in general is also being impacted by lower fuel prices. “It’s similar to hybrids,” says Murphy. “If you’re buying diesel for longevity and efficiency, the case is still there, but not as strong with lower gas prices. Modern diesels are fantastic, but manufacturers charge a premium for that technology. But longevity is important to people in the fleet business.”

Full size vans are generally more popular than compact vans, again, due to fuel cost. “It depends on the manufacturer,” says Murphy. “The brand is a really important part of when we value a vehicle. When people are bidding on the lanes, they’re reflecting perceptions of brand as well. The Mercedes Sprinter does very well as a commercial van, but the Nissan, perhaps not as well.”

One of the main advantages to a smaller van is its ability to maneuver in small urban areas. “But right now, the large vans are really the kings.”

“These figures are based on what vehicles sold for four years ago, and what they’re worth today,” notes Murphy. “We’re always forecasting ahead, and now we’re starting with the 2017 models.”