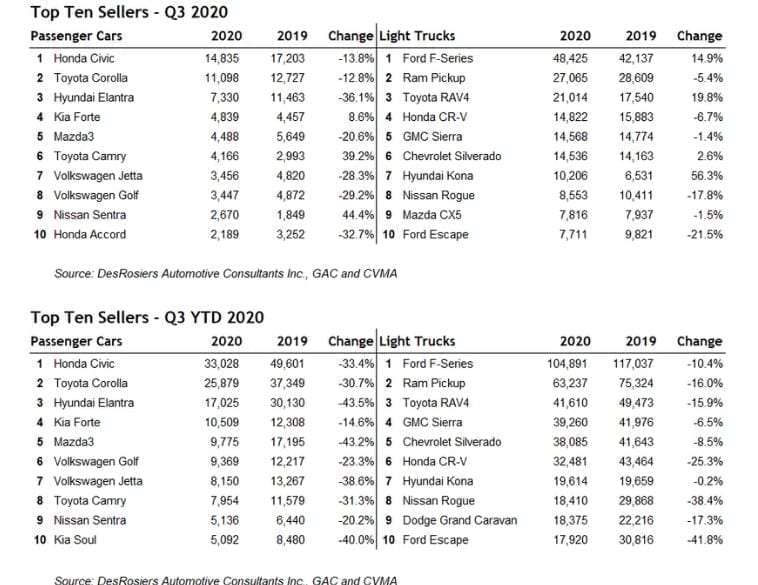 Third quarter sales brought with them the first signs of recovery following the dramatic downturn in the Spring.

However, as Andrew King, Managing Partner of DAC noted “this recovery was not evenly distributed between brands and especially not so at a model level”. This disparity created opportunity for particular models to climb the rankings among the top ten selling lists. For passenger cars, the Kia Forte claimed an 8.6% sales increase in the third quarter, placing it in fourth position both for the third quarter and year-to-date. With an impressive increase of 39.2%, the Toyota Camry claimed sixth position for the third quarter. Higher still, sales of the Nissan Sentra grew 44.4% in the third quarter and helped the model make a rare appearance among the top ten selling passenger cars, claiming ninth spot.

Among light trucks, a 14.9% increase in Ford F-Series sales further solidified the ever-popular truck’s position as sales leader, widening the gap between it and the closest competition, the Ram Pickup. While the Ram Pickups noted a 5.4% decline in sales, the Toyota RAV4 saw sales increase 19.8% in the third quarter which helped the model firmly secure third place. The stand-out performer was the Hyundai Kona which—with a 56.3% sales increase—claimed seventh spot both in Q3 and year-to-date, up from it’s tenth place position at the half year mark. 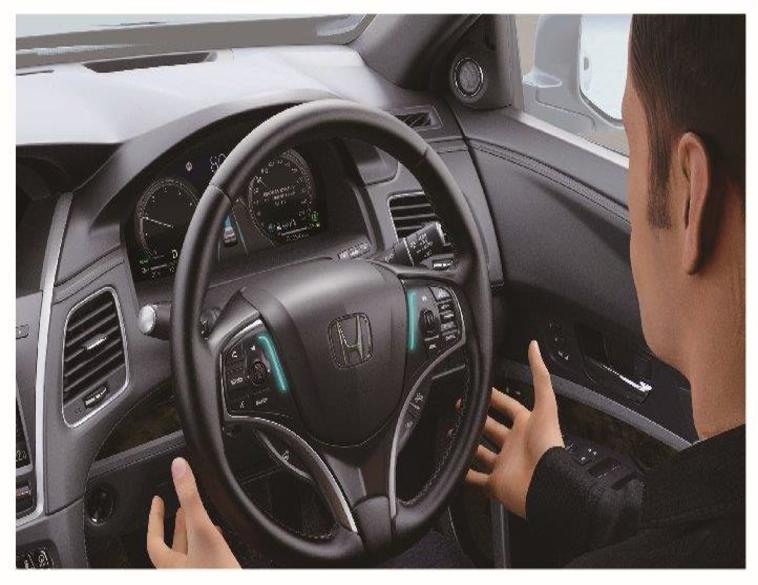 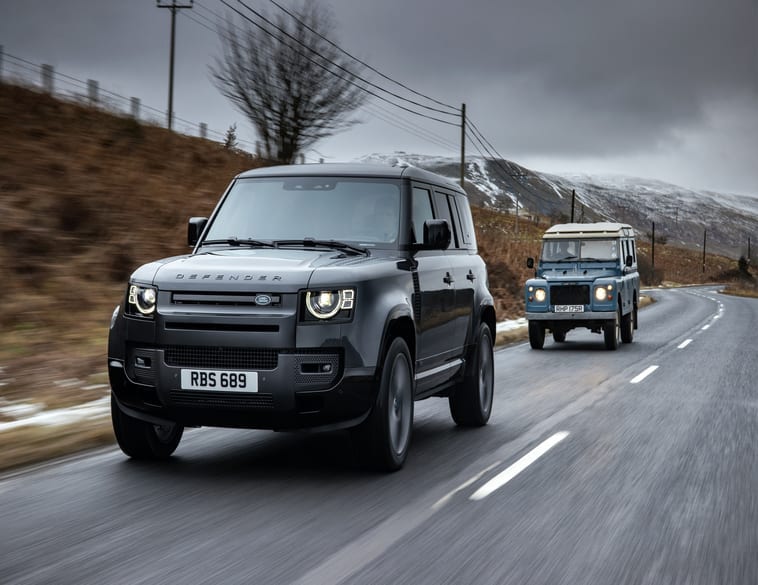