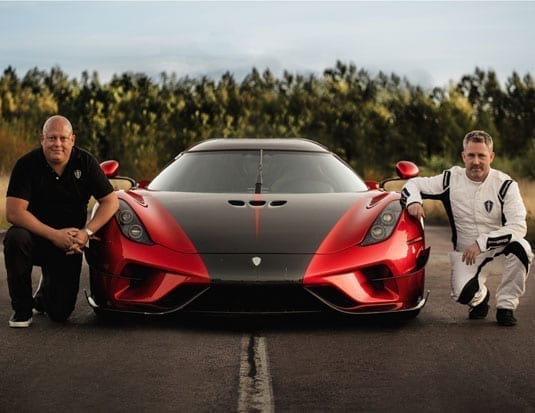 On Monday, September 23rd Koenigsegg set a new 0-400-0 km/h world record when a Koenigsegg Regera completed the run in 31.49 seconds, which is 1.8 seconds faster than Koenigsegg’s previously unbeaten record, set by the Agera RS in 2017.

“This was a good opportunity to showcase the true capability of the Regera’s one-of-a-kind Direct Drive transmission,” said CEO and Founder Christian von Koenigsegg. “As the Regera only has one gear we had to make use of it from standstill to the record top speed of 403 km/h (or 250 mph) limited by rpm.”

He added, “What is really impressive is how incredible the Regera brakes – 8.62 seconds from 400 km/h to 0 km/h is just unheard of. It is a testament to the Regera’s balance, suspension, aerodynamics and of course its in-house design and built Koenigsegg brake callipers. The proven numbers now show the greatness of the Regera. Having said that, we know we can improve these already impressive numbers on a track with better conditions.”