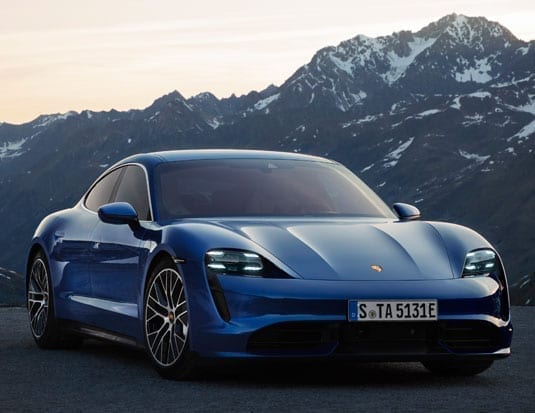 Fully-electric Taycan boasts a zero to 100 km/h time of 2.8 seconds.

The Porsche Taycan made its world debut yesterday simultaneously in Canada, China and Germany. The four-door all-electric sports sedan will be available as a Taycan Turbo S and Taycan Turbo, with a maximum range of 450 km.

The Taycan is the first production vehicle with a system voltage of 800 volts instead of the usual 400 volts for electric cars, which means that in just over five minutes the battery can be recharged using direct current (DC) from a high-power charging network for a range of up to 100 kilometres, and to 80% in just over 22 minutes.