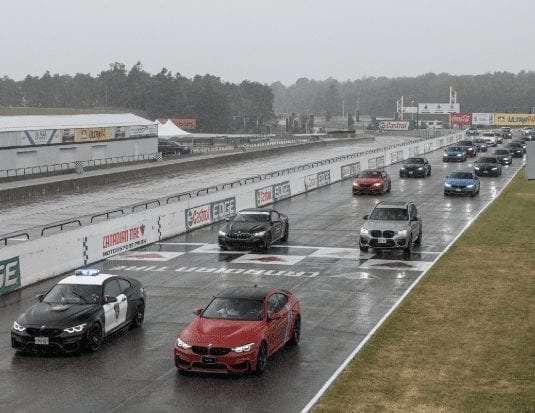 On July 13-14, history was made at Canadian Tire Motorsport Park as BMW Group Canada hosted the first ever M Festival in North America.

M which is often referred to as “the most powerful letter in the world,” originally signified BMW’s Motorsport division but later came to encompass a range of exclusive, high performance vehicles that continues to this day.

Canada is currently the fourth largest market for M Performance vehicles in the world, behind the U.S., Germany and the United Kingdom. Additionally, the growth in demand for M vehicles in this country meant that selecting it as the location for the first ever North American M Festival was seen as a logical choice.

In fact, with 4,314 tickets sold and people traveling from as far away as Vancouver, B.C., the first ever North American M Festival was a sellout success.

The event included a wide range of activities including on track 240 km/h hot laps with Works BMW Motorsport drivers Tom Blomqvist and Jesse Krohn, as well as drag racing, auto crossing, a show n’ shine event, drifting showcase, and an on-site BMW Lifestyle Boutique and kids activities (including BMW Baby Racers and kids’ scooters). Additionally, the event showcased the BMS M Festival Design Competition in which Canadian BMW M retailers were asked to come up with their own signature look. Each car from each dealer was on display including the winner, courtesy of Parkview BMW in Toronto.

There was also live entertainment on both days which included performances from Serena Ryder, Felix Cartel, plus Dear Rouge and Jane’s Party.

In summarizing this highly successful event, Sebastian Beuchel, Director of Brand Management, BMW Group Canada, said, “we are so happy we were able to bring this event to the BMW M community in Canada. The M Festival allows us to bring our brand to life and enable people—be they customers, fans or enthusiasts—to interact and engage with all that BMW has to offer.  We have the best fans in the world. Celebrating BMW M with them for the past two days was an experience I’ll never forget.”